According to the polling average at RealClearPolitics, this is where things stand for the top seven Democratic primary candidates nationally. 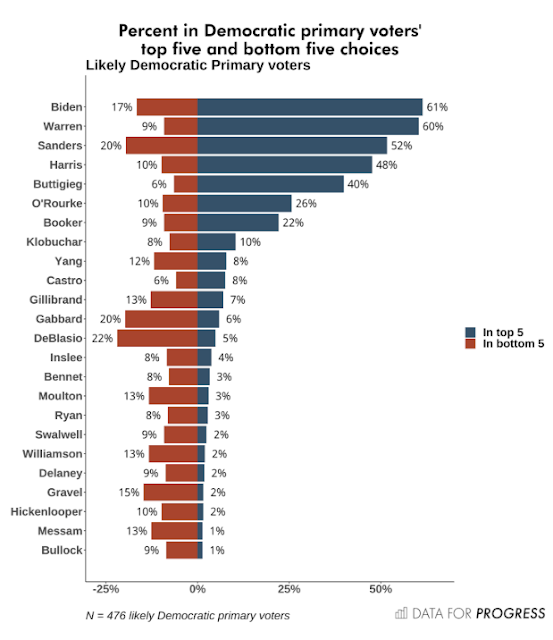 That is what leads to one of the topline findings from this poll: “Democratic primary voters are considering many candidates.”

One final thing to note from this poll is that respondents were asked how much they had heard about each candidate: a lot (dark blue), some (light blue), a little (light gray), not at all (dark gray).

The order in which these candidates land in the polls mirrors the amount of information potential primary voters have about them. While Biden and Sanders are pretty well maxed out, the rest of the field has room to grow.

Of course all of the caveats apply about this only being one poll, but it captures data we’ve learned from others that go beyond simply asking respondents which one candidate they favor in the primary. Most Democrats know that the process has only just begun and are willing to consider any number of these candidates as they learn more about them.