On July 4, 1776, almost immediately after the signing of the Declaration of Independence, John Adams, Benjamin Franklin, and Thomas Jefferson were tasked with designing a seal for the new nation. But it wasn’t until 1782 that Congress approved the final version. 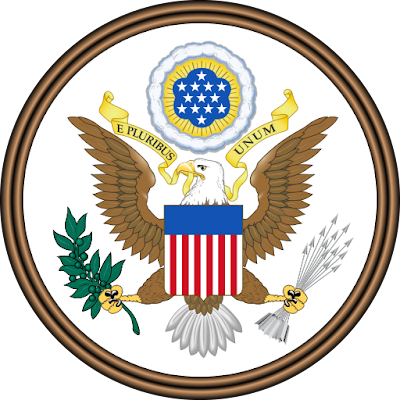 While Congress made that the official seal of the United States, the words “E Pluribus Unum”—out of many, one—became the unofficial motto. Understanding that what it meant to be American would never be a reflection of national origin, race, religion, or gender, this country proclaimed that it was the values articulated in the Declaration of Independence that bound us together as one.

We hold these truths to be self-evident, that all men are created equal, that they are endowed by their Creator with certain unalienable Rights, that among these are Life, Liberty and the pursuit of Happiness.

But in 1956, during the height of the McCarthy era and the Cold War, Congress officially made “In God We Trust” the national motto in order to differentiate this country from the so-called “godless communists.” That happened two years after “under God” was added to the Pledge of Allegiance. As Thomas Foster, chair of the History Department at DePaul University, acknowledged: “‘In God We Trust’ is a legacy of founders, but not the founders of the nation. As the official national motto, it is a legacy of the founders of modern American conservatism.”

In many ways, these different national mottos capture the divide that exists in this country right now. Back in 2010, President Obama referred to “E Pluribus Unum” as our national motto during a speech in Indonesia.

I believe that the history of both America and Indonesia gives us hope. It’s a story written into our national mottos. E pluribus unum – out of many, one. Bhinneka Tunggal Ika – unity in diversity. We are two nations, which have travelled different paths. Yet our nations show that hundreds of millions who hold different beliefs can be united in freedom under one flag.

As President of the United States, you are our representative to the rest of the world. By misrepresenting things as foundational as the Declaration of Independence and our national motto, you are not only doing a disservice to the people you represent you are casting aside an integral part of American society.

John Adams said, “It is religion and morality alone, which can establish the principles upon which freedom can securely stand.” If Adams was right, by making these kinds of statements to the rest of the world, you are removing one of the cornerstones of our secure freedom. If we pull the thread of religious conviction out of the marketplace of ideas, we unravel the tapestry of freedom that birthed America.

As I wrote previously, the worldview of most white evangelicals is that humans who don’t submit to the authority of the Bible are incapable of behaving morally. That is essentially the point that members of the Congressional Prayer Caucus were making. They believe that the cornerstone of our country resides in submission to the God that they worship.

We now have a president who tried to ban Muslims from traveling to this country, consistently defends white supremacists, and insists on a xenophobic approach to immigration. Given that his support comes primarily from white evangelicals, we are witnessing a marriage between nationalism and conservative Christianity. Consequently, the clash of cultures we are experiencing is captured by the dissonance between “E Pluribus Unum” and “In God We Trust.”

I have recently started watching the fifth season of “Madam Secretary.” It started off with a storyline about white nationalists bombing the Oval Office during a signing ceremony for a nuclear disarmament agreement between India and Pakistan. When the dignitaries reassembled to sign the treaty, Secretary of State Elizabeth McCord (played by Téa Leoni) gave this speech—which sounded exactly the right notes about nationalism being the existential threat of our time and a perversion of patriotism.

While our founders were better at articulating ideals than they were at living up to them, they got it right when they made “E Pluribus Unum” our national motto.

Civility isn’t just a quaint idea. In the perennial tug-of-war between the White House and Capitol Hill, it’s essential.