Despite all of the evidence to the contrary, Donald Trump claims that he doesn’t have a racist bone in his body. Meanwhile, his enablers blame the rise in white supremacist terrorism on liberals.

When charges that the president is racist reach a crescendo, it is almost always over something he has said (or tweeted), like telling four congresswomen of color that they should “go back” to the countries they “originally came from.” (Three of the four American legislators were born in the U.S.) But Trump doesn’t just say racist things, he regularly demonstrates it with his actions. For example, last Thursday, he nominated Steven Menashi to serve on the United States Court of Appeals for the Second Circuit.

According to Menashi’s biography, he graduated from Stanford Law School, clerked for Supreme Court Justice Samuel Alito, served as acting general counsel in Betsy DeVos’s Department of Education, and then became a senior associate counsel in Trump’s White House.

The day after Menashi’s nomination was announced, Rachel Maddow did a segment about him, revealing something that didn’t tend to show up in the summaries about his background. She focused most of her attention on a paper written by Menashi titled, “Ethnonationalism and Liberal Democracy.” Here is one of the quotes she highlighted.

Democratic self-government depends on national fellow-feeling: the capacity of citizens to identify with each other, to respect their competing political claims, and to trust that others will do the same.

These findings confirm that the solidarity underlying democratic polities rests in large part on ethnic identification.

Menashi’s defenders, like Ed Whelan, have gone after Maddow, claiming that she mislead her audience by not acknowledging that he was talking specifically about Israel.

Menashi’s specific purpose in the article is to refute claims that “Israel’s particularistic identity—its desire to serve as a homeland for the Jewish people—contradicts principles of universalism and equality upon which liberal democracy supposedly rests.”

But this is how Menashi himself concluded his article.

Identification with a particular national group is a commonplace of liberal democracy. As the experience of Israel illustrates, the achievement of human rights depends on national self- determination…As globalization disrupts the coincidence of ethnic demography and political boundaries, the ethnonational identification of liberal democratic states is becoming more, not less, significant. International law and practice acknowledge national self-determination as a fundament of democracy. Liberal democracy requires a national community if it is to become more than an ineffectual abstraction.

In other words, Menashi was using Israel as an example of how liberal democracies must maintain their “national community.”

Whelan further argues that ethnonationalism doesn’t mean what you think it does.

What matters for national identity, Menashi emphasizes—quoting John Stuart Mill—is that a people are “united among themselves by common sympathies which do not exist between them and any others, which make them cooperate with each other more willingly than with other people, [and] desire to be under the same government.” That—and not race—is clearly what Menashi means by his broader concept of ethnic, or “ethnocultural” or ethnonational, identification.

Frankly, that is a bunch of gobbledygook. If we think about the United States, what are the “common sympathies” that exist among its citizens, but are not shared with any others? If it includes a commitment to democratic self-governance, there are (thankfully) countries all over the world who share that in common with us. Besides, if “common sympathies” is what Menashi was referring to, he wouldn’t have needed to include the prefix “ethno” to the word “national.” One need only look up the word ethnonationalism in the dictionary to be clear about what it means: “A type of nationalism which defines the nation in terms of a shared ethnicity.”

Menashi ends his paper by writing, “Liberal democracy requires a national community if it is to become more than an ineffectual abstraction.” Tucker Carlson, a favorite among white supremacists, seemed to make a similar point when he challenged the notion that diversity is our strength.

How, precisely, is diversity our strength? Since you’ve made this our new national motto, please be specific as you explain it. Can you think, for example, of other institutions such as, I don’t know, marriage or military units in which the less people have in common, the more cohesive they are?

Do you get along better with your neighbors, your co-workers if you can’t understand each other or share no common values? Please be honest as you answer this question. 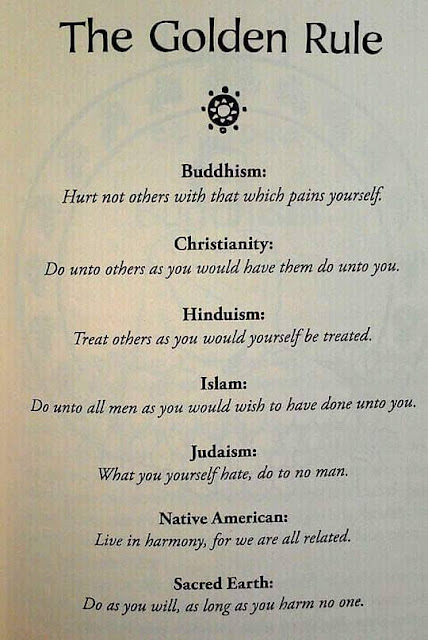 It is in going beyond our differences to identify those commonalities that we find our humanity—and our strength. Of course, what really confuses people like Menashi and Carlson is the possibility that we will expand our moral imagination. Here is Barack Obama giving the commencement address at Howard University in 2016.

We must expand our moral imaginations to understand and empathize with all people who are struggling, not just black folks who are struggling — the refugee, the immigrant, the rural poor, the transgender person, and yes, the middle-aged white guy who you may think has all the advantages, but over the last several decades has seen his world upended by economic and cultural and technological change, and feels powerless to stop it. You got to get in his head, too.

Rather than building our efforts on the ethnonationalism of white supremacists, that is how we form a more perfect union.