I recently saw a meme on Facebook that struck me as deeply profound. 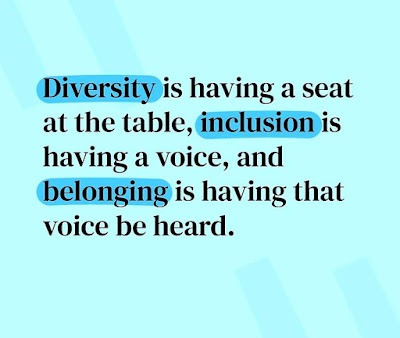 I was reminded of something Whoopi Goldberg said on The View the day after Barack Obama was elected president in 2008.

I always thought of myself as an American, with all of the promise that America holds. But suddenly last night I felt like I could put my suitcase down…finally.

In other words, with the election of this country’s first African-American president, Goldberg felt like she was no longer a guest in this country, but that she belonged. It was that same sense of finally belonging that we saw in the tears of those who attended the White House ceremony when Obama signed the repeal of “Don’t Ask, Don’t Tell” and when he issued his executive order protecting Dreamers. Here is what E.J. Graff wrote when Obama announced his support for marriage equality.

There’s something very deep about having your government declare you a stranger to its laws, defining your love as outside all respectable recognition. For my president to stand up and say that I should belong fully to my nation, that my wife and I should be considered as fully married as my brother and his wife—well, it reopens and washes out some very deeply incised sense of exclusion, a scar inflicted when, at age 15, I first panicked at the realization that I might be queer.

The entire birtherism lie was rooted in the racism of not simply telling Barack Obama that he wasn’t qualified to be president, but that he didn’t belong. African Americans like Baratunde Thurston felt the sting of that message.

This is how Sonia Sotomayor wrote about belonging in her dissenting opinion on the Supreme Court’s ruling about Michigan’s affirmative action program.

Race matters to a young man’s view of society when he spends his teenage years watching others tense up as he passes, no matter the neighborhood where he grows up. Race matters to a young woman’s sense of self when she states her hometown, and then is pressed, “No, where are you really from,” regardless of how many generations her family has been in the country. Race matters to a young person addressed by a stranger in a foreign language, which he does not understand because only English was spoken at home. Race matters because of the slights, the snickers, the silent judgments that reinforce that most crippling of thoughts: “I do not belong here.”

On a grand scale, that is the heart of the question we are struggling with in this country right now. Some people, led by the president, are trying to tell others that they don’t belong—that the concept of what it means to be an American excludes them.

Of course, this is a question that has plagued our country since its founding. But I think the meme I saw on Facebook begins to capture why it has taken on so much resonance recently. With legal protections and the increasing diversity of the population, previously marginalized people have gained a seat at the table. Our liberal democracy pressed forward toward the inclusion of giving everyone a voice. But actually giving everyone a platform for their voice to be heard became a bridge too far—threatening those who were used to monopolizing the conversation. Jonathan Chait captured the situation perfectly in his review of the movie 12 Years a Slave.

Notably, the most horrific torture depicted in 12 Years a Slave is set in motion when the protagonist, Solomon Northup, offers up to his master engineering knowledge he acquired as a free man, thereby showing up his enraged white overseer. It was precisely Northup’s calm, dignified competence in the scene that so enraged his oppressor. The social system embedded within slavery as depicted in the film is one that survived long past the Emancipation Proclamation – the one that resulted in the murder of Emmett Till a century after Northup published his autobiography. It’s a system in which the most unforgivable crime was for an African-American to presume himself an equal to — or, heaven forbid, better than — a white person.

In those moments when I am most deeply depressed about the Trump presidency and the state of our nation, I try to remind myself that we got to this place precisely because we were on the verge of taking the next step of “perfecting our union” by opening the doors a bit wider to announce: “you belong.” That scared a lot of people and led to the election of what Ta-Nehisi Coates called “our first white president.” As he wrote, “The foundation of Trump’s presidency is the negation of Barack Obama’s legacy.”

The task before us now is to decide whether we want to get back to opening those doors of belonging or succumb to the backlash.