Amy Klobuchar has focused her message during the Democratic primary on the idea that she is the candidate who is electable—especially in the midwest battleground states that so many people have decided are crucial to winning in 2020. She made that case to Jake Tapper over the weekend.

“Of the women on the stage… do I think we would be standing on that stage if we had the experience that [Mayor Pete Buttigieg] had? No, I don’t. Maybe we’re held to a different standard.” – Sen. Amy Klobuchar on Mayor Buttigieg’s qualifications #CNNSOTU pic.twitter.com/xz0cEH86OZ

While not saying so specifically, the argument is that she can win over some of the white rural and working class voters that flipped states like Michigan, Wisconsin, and Pennsylvania to Trump in 2016.

Electability has taken on a whole new significance in this presidential election, given the passion Democrats have for beating Donald Trump. But it is an extremely subjective construct—usually infused with the biases of the person making the case.

Klobuchar and her supporters focus the electability argument on her dominance in previous elections. Here is what David Edward Burke wrote about that.

She has consistently outperformed other Democrats in red states or districts. In 2018, she won her election in Minnesota by twenty-four points, the same margin Warren won by in Massachusetts. And she has won a majority of counties in every election, including winning counties that Trump won by over twenty points. Her Midwestern appeal means she has the strongest chance of winning the key states of Wisconsin, Iowa, Michigan, and Pennsylvania.

Klobuchar was initially elected to the senate in 2006, and a county map of those results demonstrates the kind of dominance we often hear about. 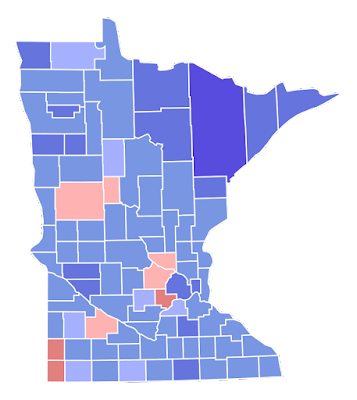 There are a few things to keep in mind about that election.

As Burke mentioned, Klobuchar went on to win in 2018 by 24 points, which is huge. But by then, the map looked a bit different. 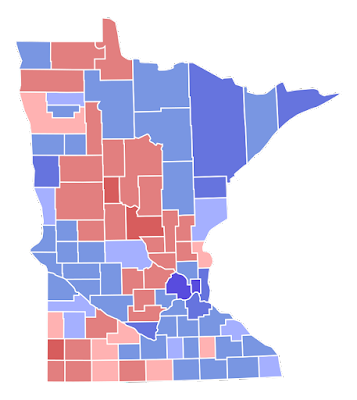 By way of comparison, here is what the map looked like when Al Franken—who would never be referred to as a moderate—won re-election in 2014. 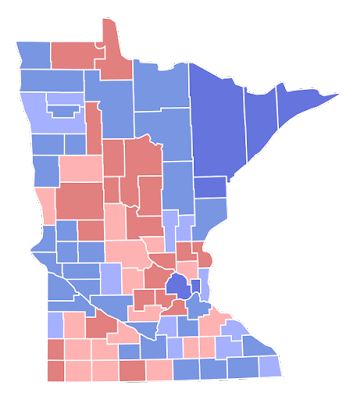 The similarities are striking, with the one big difference being that Klobuchar did better in the suburbs surrounding the Twin Cities, something that happened a lot in the 2018 midterms. That was particularly true in Minnesota, where Democrats flipped two suburban House seats.

In two out of three elections, Klobuchar has had the benefit of running during a blue wave, which boosted her totals. But in 2018 she had the added benefit of running the same year that an election was held to fill Al Franken’s seat following his resignation. Republican efforts in the state were all focused on that race, which is demonstrated by the fact that Klobuchar’s opponent, Jim Newberger, only raised about $200,000, compared to her $10 million.

All of that poses a challenge to Klobuchar’s claims of being uniquely electable. But perhaps her biggest concern should be the fact that, in the few polls conducted in Minnesota this year, Klobuchar hasn’t even demonstrated that she can win her home state.  In national polls, she is averaging about 2.5 percent.

There are probably other arguments Klobuchar could make for her candidacy, but the evidence for her electability based on winning back white rural and working class voters in the midwest simply isn’t that strong.