When I looked into coronavirus hotspots in rural parts of the country, one area stood out: the southwestern part of Georgia. An outbreak started in the town of Albany and seems to have spread through most of the surrounding counties. Here is what the map of per capita cases and deaths looks like in southeastern states. 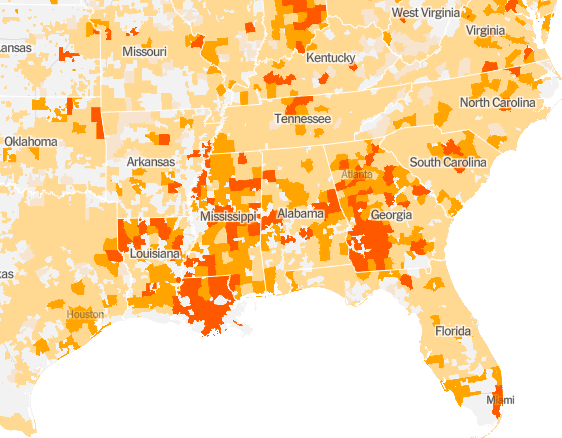 The southwestern part of Georgia rivals the New Orleans area as a hot spot. Georgia ranks 14th among states when it comes to the number of coronavirus cases per capita. Nevertheless, Governor Brian Kemp took the first step to open the state’s economy on Monday. He did so even though Georgia doesn’t meet the minimalist conditions outlined by the White House for taking the first step.

Why would a Republican governor be so cavalier about the lives of rural residents in his state? One factor to consider requires us to jettison the notion that when we talk about rural residents, we mean white people. To get some idea of the racial makeup of southwestern Georgia, take a look at a map of something called “the black belt,” which is the part of former confederate states that was dominated by slave plantations. 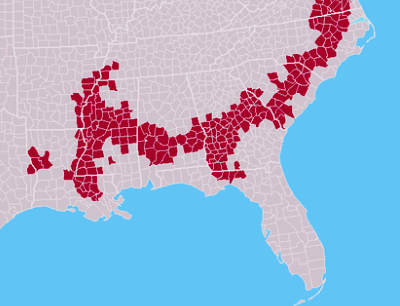 As an example, the city of Albany, Georgia is over 70 percent African American. Here is a map documenting the percentage of African Americans in all of Georgia’s counties. 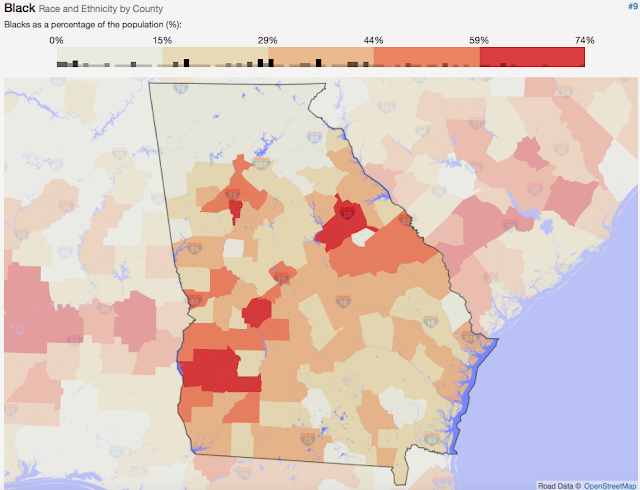 What we see is that, other than Atlanta, the coronavirus hotspots in Georgia are centered in rural areas and small towns with large populations of African Americans. All of this begs the question of whether a racist disregard for the lives of African Americans is affecting Governor Kemp’s decision to re-open the economy.

Another factor that needs to be considered is that Governor Kemp isn’t the brightest bulb. As an example, it wasn’t until early April that he learned that the coronavirus can be spread by those who are asymptomatic.  Kemp is also the guy who ran ads like this.

What Georgia got in the 2018 governor’s election was a racist who isn’t the sharpest knife in the drawer. If you ever wanted an example (other than Trump) of the way white male privilege fails to put enough obstacles in the path of incompetent men, there you have it.

It’s worth remembering what Georgians could have had.

It is very likely that voter suppression played a role in Kemp’s election. With so many African American lives on the line right now, we have a painful reminder of the importance of doing everything possible to protect the franchise.