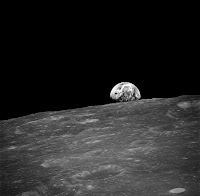 The big discussion today is the long, seemingly unstoppable death of the labor movement. We seem to be faced with an insurmountable concentration of influence in corporations and the very wealthy. Plutocrats use their influence to swing elections, and then use the power there obtained to further eviscerate countervailing interest groups, so they can strip even more of the country’s wealth into their own pockets. Rinse and repeat. Ordinary middle class non-unionized workers seem to resent public sector unions and covet their benefits, instead of realizing that their lives could be easier if they were so organized. (I also think it’s important to recognize that public unions played no small part in their own downfall through greed and overreach.)

In any case, it seems unlikely that labor is going to rise from the dead. It took the Great Depression to break the power of the plutocratic elite last time around, and with this financial crisis elites have managed to keep the system from completely collapsing, though only just.

So what could possibly take the place of labor as a source of organizational muscle? One answer that springs to mind is environmentalism. The problem there is, as Dave Roberts wrote awhile back, traditional environmentalism can never address climate change:

“Environmentalism” is simply not equipped to transform the basis of human culture. It grew up to address a specific, bounded set of issues. For 50 years, American environmental politics has been about restraining the amount of damage industries can do. Environmental campaigners have developed a set of strategies for that purpose, designed to overcome the resistance of industries and politicians to such restraints. And they’ve been successful in a number of areas. So when climate change entered American politics via environmentalism, that is the model into which it was slotted. Environmental campaigners set about restraining the amount of greenhouse gases industry can emit, and industry set about resisting. Greens and industry fought ferociously, but in the wake of the victories of the’70s, the public largely watched with indifference, barring a few episodes where support swung one way or another (usually as much due to economic circumstances as anything).

If we could get a climate movement going on the scale that Roberts suggests, it would be a force to be reckoned with. One would think this would be a no-brainer. Back in the day environmentalists managed to win huge fights over comparatively small things like dams in the Grand Canyon, while climate change literally threatens our entire civilization. The trouble is that the very scale of the problem seems to inspire despair rather than action.

But think of how much organizational oomph the right got out of the Tea Party, described best by Matt Taibbi:

This is a party that in 2008 was not just beaten but obliterated, with nearly every one of its recognizable leaders reduced to historical-footnote status and pinned with blame for some ghastly political catastrophe. There were literally no healthy bodies left on the bench, but the Republicans managed to get back in the game anyway by plucking an assortment of nativist freaks, village idiots and Internet Hitlers out of thin air and training them into a giant ball of incoherent resentment just in time for the 2010 midterms. They returned to prominence by outdoing Barack Obama at his own game: turning out masses of energized and disciplined supporters on the streets and overwhelming the ballot box with sheer enthusiasm.

If that’s possible, then surely something with the economic and moral gravity of climate change should be able to inspire action. Where are our climate prophets?