One of the major trending issues in higher education now is how to curtail student plagiarism. The ease of finding information electronically has been huge boon to plagiarism detector companies like Turnitin.

But as long as we’re worried about academic cheating, Harvard students argue, Yale is totally plagiarizing Harvard. Just look at its oldest building on campus. According to an editorial in the Harvard Crimson:

Connecticut Hall, constructed in 1752, bears, shall we say, a striking resemblance to a certain brick building wedged between Johnston Gate and Matthews Hall. What is its name? Oh, yes, Massachusetts Hall—and it was built 32 years earlier. Yalies have been griping for the better part of 311 years about living in the shadow of Harvard. Yet, how can they hope to escape unfavorable comparison to their neighbor to the north when the oldest building on their campus is but an inferior imitation of Massachusetts Hall? For the sake of integrity and for the sake of Yalie mental health, we recommend that Yale immediately demolish Connecticut Hall.

The editorial argues it’s time for Yale to raze the building because it’s plagiarized:

Yale’s decidedly masturbatory “Architecture of Yale” web page confesses that “Connecticut Hall is in many ways a Harvard building.” Admitting there is a problem is an excellent first step. If Yale wants to forge an identity outside the shadow of Harvard, it must first rename its plagiaristic flagship building. Black window trimming cannot mask three centuries of deceit. Maybe a bulldozer can.

This is a joke, but the similarities between the two buildings are very real. 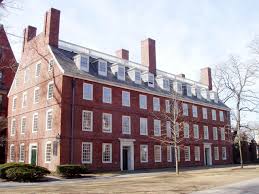 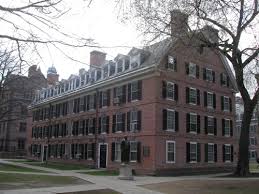 But while plagiarism in writing is perhaps higher education’s greatest sin, architecture and academic structure that is, shall we say, derivative is common practice in American colleges.

And the habit is not exclusive to institutions younger than Harvard (all of them). We’re on to you: the reason the town is Cambridge, after all, is because you were imitating the University of Cambridge. Fake it ‘til you make it, I guess.