The United Kingdom’s Times Higher Education has an annual “HE Jargon” competition. Americans might be unfamiliar with this project, but it’s pretty entertaining to explore.

According to a piece by Chris Parr at Times Higher Education some fun entries include a piece of communication from the venerable Oxford University:

[The] Oxford University Library Services Strategic… describes itself as a “roadmap for collective action and an aid to chart our progress into the future,” which “takes into account the known world and projects forward the path into terrain where we shall be explorers of new peaks.”

The University of Leeds is responsible for another strange line:

Comments by Dawn Freshwater, pro vice-chancellor for staff and organizational effectiveness [her title itself is jargon, what can we expect?], in the university’s in-house magazine really stood out for sheer nebulousness. Talking about organizational effectiveness, she said: “We can reframe the way we define it, so that it’s not viewed as simply foregrounding cost savings, but instead a much more complex interplay of influences and drivers that facilitate opportunities for enhancing the ways in which we manage movement.”

Opaque doesn’t necessarily mean boring, however. An employee of one London university submitted an exciting message from his institution:

We are confident that we can respond to these challenges in a way that will allow us to be an agile institution able to flex as we move forward like a gazelle across the veldt which is the changing landscape of higher education. 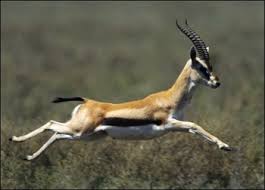 Who are the cheetahs in this little simile? Parliament? Lazy students? [Image via]