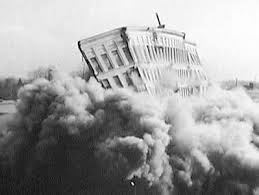 The declining number of people taking the Law School Admission Test (LSAT) every year is a good indication that something probably needs to change in the law school market. In a few years a lot more college graduates are going to conclude it just isn’t worth it.

Maybe law schools need to change how they operate, argues David Fontana, associate professor of law at George Washington University Law School, in a book review he wrote for The New Republic:

Law schools are… simply “failing.” They offer only a one-size-fits-all law school education that does not teach many law students what they should learn and is also incredibly expensive.

The problems affect almost all law schools because law schools are required to be more similar to one another than different. There are at least two major reasons for this. First, the American Bar Association (ABA) decides which law schools can be accredited, and it requires that law schools primarily employ tenured or tenure-track professors. Sixty-five percent of professors in American universities are employed in positions not eligible for tenure, but any law school that tried to match that proportion could lose its accreditation. As a result, law schools shoulder the cost of a permanent crop of highly compensated professors. Law schools also lose the flexibility to shuffle professors in and out as pedagogical and scholarly needs change.

The more serious existential crisis, however, is that law school just costs too much money to justify, because the job market is so bad. “Since 2010, applications to law schools are down nearly 25 percent. Only about two-thirds of law school graduates are employed in jobs requiring passage of the bar examination, and 12 percent of graduates are unemployed.”

It might be time not just to rely on law schools to change themselves, but to encourage or even require them to change. Universities can signal the importance of reform by creating financial incentives for reform and by indirectly overseeing it. Tenure standards might be raised to permit law schools to help ensure that new salary obligations are made to scholars who will remain productive even after tenure. And it might be time for even the most basic of support for legal research to come from a law school equivalent of the National Science Foundation or the National Institutes of Health—or even from the central university administration funding legal research—in order to impose a little healthy competition. These are ideas worth exploring, if not necessarily adopting at all schools in all situations.

But I suspect “a little healthy competition” would only result in “a little improvement.” None of these changes Fortana proposes are terribly controversial,though they’d surely be opposed by the law schools themselves.

Here’s a better thought: just kill off all of those low tier law schools, which don’t really help much in terms of advancing legal thought or helping graduates secure good jobs.

We can do this relatively easily by simply not requiring a law degree in order to practice law. Just let any college graduate take the bar exam offered his state. If he can pass he should be good to go. This appears to already be the situation in several states, and there’s no indication that lawyers who don’t go to law school are any worse than those who do.

Ultimately America’s top law schools would continue to exist under such reforms (which would be state-level, not federal) because surely America’s top firms and best clerkships could continue to require law school degrees. But most legal jobs aren’t prestigious positions for which it’s appropriate to assume five or six figures worth of debt. The bachelor’s degree and a passing bar score should be good enough for entry into the profession.

Fontana writes, “the American law school has a proud tradition, one that law schools around the world have imitated. This tradition is worth saving.”

Sure it is, but let’s keep this “proud tradition” in perspective. America’s law schools can continue to uphold that tradition if they’re so inclined, but most law schools aren’t upholding much but a debt-based institution that’s required only because of excessively burdensome barriers to entry into the legal profession. Make it easier, and fairer, to enter the law; that’s the real way to introduce meaningful competition. [Image via]