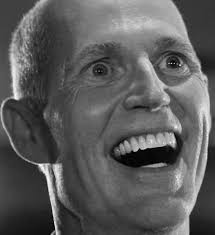 Florida Governor Rick Scott (right), who has many interesting ideas about higher education, has a new objective: a $10,000 bachelor’s degree.

According to an article by Lloyd Dunkelberger of Sarasota’s Herald-Tribune:

Gov. Rick Scott’s call for state colleges to offer a $10,000 degree has reignited the debate over the cost of higher education in Florida.

In announcing his plan at St. Petersburg College this week, Scott said students should be able to “go to school and not end up with debt.” His plan, modeled after a Texas program, would cut the cost of a bachelor’s degree at one of Florida’s 28 state colleges by about 25 percent.

Perhaps in theory, but if it’s anything like the program in Texas, Scott’s proposal won’t do a good job causing colleges to reduce costs. As Roberto Martinez, vice chairman of the state Board of Education, wrote in a letter to Scott, “the ‘$10,000 bachelor’s degree’ is not a serious policy. It will be perceived as a gimmick pretending to be a policy used as a sound bite.” This would be in line with the results of the $10,000 degree proposal in Texas, which left college costs the same and merely transferred the real cost of college education to other places, like public high schools sand community colleges.

In fact, Florida colleges have faced massive cuts in state funding in recent years, including a $300 million cut to state universities this year alone.

Not doing stuff like that would be a great way for Scott to keep public higher education affordable and help students “go to school and not end up with debt.”

This is not the first idea Scott has borrowed from Rick Perry. Last year he proposed a plan to tie higher education funding to “outcomes” like teacher evaluations, research revenue, and large class size. Perry proposed a similar idea in Texas earlier in the year. [Image via]