Here’s an interesting finding. You know those bubble tests public school teachers hate? The ones that are supposed to measure learning and improve education quality? They may, effectively, do the opposite.

Standardized tests now widespread in America’s public elementary and secondary schools may be hindering students’ ability to succeed in college, according to a new paper. 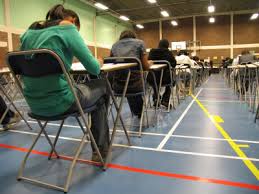 According to a report issued by the Gordon Commission on the Future of Assessment in Education and presented at the annual meeting of the National Academy of Education:

Over the past two decades, our country has been trying to build a standards-based accountability system as a foundation for a more equitable and higher-achieving education system. In practice, however, we have created a test-based accountability system that does not reflect the standards we aimed for at the beginning of the 1990s, much less today’s fewer, clearer, higher Common Core Standards.

Several studies, using several different methodologies, have shown that the state tests do not measure the higher-order thinking, problem solving, and creativity needed for students to succeed in the 21st century. These tests, with only a few exceptions, systematically overrepresent basic skills and knowledge and omit the complex knowledge and reasoning we are seeking for college and career readiness.

But it’s not just that the tests don’t measure or facilitate the acquisition of the skills needed for success after high school. As the report explains “the misrepresentation of standards by most current accountability tests has had negative effects on teaching and learning, especially for poor and minority students.” The tests drive changes in education, for sure, but they’re likely driving the wrong changes.

This doesn’t necessarily indicate that the proliferation of standardized tests unleashed by the No Child Left Behind Act have actually made college students or American workers less talented, but it sure doesn’t help.

The report does indicate that “technological innovations may soon allow much more in-depth [and, well, good] data collection on students” but we’re not there yet. Current tests seem mostly to restrain the sort of education innovations that might prove effective. [Image via]