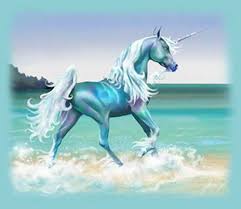 Scientists affiliated with North Korea’s DPRK Academy of Social Sciences have apparently confirmed the existence of an ancient unicorn lair about 220 yards outside of Pyongyang.

According to a piece issued by the Korean Central News Agency:

Archaeologists of the History Institute of the DPRK Academy of Social Sciences have recently reconfirmed a lair of the unicorn rode by King Tongmyong, founder of the Koguryo Kingdom (B.C. 277-A.D. 668).

The lair is located 200 meters from the Yongmyong Temple in Moran Hill in Pyongyang City. A rectangular rock carved with words “Unicorn Lair” stands in front of the lair. The carved words are believed to date back to the period of Koryo Kingdom (918-1392).

The news item, sadly, does not indicate whether or not archaeologists discovered actual remains of the mythical creature at the site.

The article explains the significance of the discovery of the unicorn hangout:

The discovery of the unicorn lair… proves that Pyongyang was a capital city of Ancient Korea as well as Koguryo Kingdom.

Nice to clear that one up. [Image via]

UPDATE: The Korean idea of a unicorn doesn’t exactly look like the western beautiful-horse-with-a-pointy-horn displayed above. It’s more like this. Still mythical and magical, though.