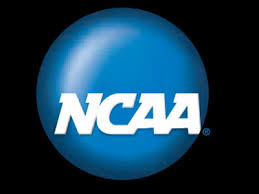 Poor Mark Emmert. The president of the National Collegiate Athletic Association has had to stand idly by as college football reconstitutes itself around him.

Rutgers and the University of Maryland last month made a mockery of his association’s stated ideals by bolting for the Midwest’s Big Ten Conference and its TV money. Coaches, too, are bailing out of dissolving conferences like Soviet scientists fleeing the crumbling Eastern Bloc. This week, Mike MacIntyre of San Jose State University, which plays in the soon-to-be- without-football Western Athletic Conference, signed a $2- million-a-year deal to coach the University of Colorado — a member of the flourishing Pac-12 Conference.

And then there’s this: “Do the five power conferences need the NCAA?” asked USA Today’s Kelly Whiteside last week, referring to the Pac-12, the Southeastern Conference, the Big Ten, the Big 12 Conference and the Atlantic Coast Conference. “Would they better off taking their football and playing on their own?”

This kind of speculation is the inevitable result of the consolidation that continues to widen the gap between college football’s haves and have-nots. The big-time football schools, with their huge TV contracts, have less and less in common with their more modest brethren, and are rightly starting to wonder why they should be subject to the same rules. Look no further than the proposal, tabled almost a year ago, to allow schools to offer athletes a $2,000-a-year stipend in addition to their scholarships. It was an idea that the likes of Ohio State supported and the likes of Ohio University detested.

So why don’t the power conferences just leave the NCAA and create their own organization? Let’s call it the Big-Time College Football Association, for the purposes of this thought experiment. It’s not as crazy as it sounds.

Practically speaking, the NCAA does almost nothing for college football. It doesn’t draw up schedules, market teams or negotiate TV contracts. All the NCAA does, really, is set and enforce the rules, on and off the field. It wouldn’t be hard for the BTCFA to write its own rulebook — picking and choosing from the NCAA’s — and create its own enforcement arm. Done. NCAA replicated.

Except for one thing, of course: Membership in the NCAA has long protected schools from lawsuits challenging the amateur status of their players, which is another way of saying that it has allowed schools to avoid paying their athletes.

The BTCFA could continue to press this specious claim to the courts, arguing that even without the cover of the NCAA, it is no less committed to the “Athenian concept of a complete education derived from fostering full growth of both mind and body.” (Over-the-top language courtesy of the U.S. District Court for the Middle District of Tennessee.)

Or it could drop the fig leaf, start paying taxes and show itself in its full, naked commercial glory.

That sounds self-destructive — who breaks up their own cartel, let alone a tax-exempt one? — but it might actually be the smarter move. Ironically, unleashing the free market on college football could help save members of the BTCFA from their own greed and short-sightedness, which has left many of them crying poverty, like wealthy bankers who can’t afford to service the debt on their Gulfstream jets.

Here’s the problem, as explained by the sports economist Andy Schwarz: Under the current arrangement, player costs are artificially low. That doesn’t mean universities necessarily spend less money; it just means that they spend it on other things, such as coaches and stadiums and players-only dormitories outfitted like luxury hotels.

A lot of schools are making a lot of bad economic decisions about their football programs. “It’s so tempting to jump in,” Schwarz told me. “But then you realize how everything else is more expensive than you thought.”

Let schools pay players, Schwarz said, and “money would flow toward talent.” If a member of the Big-Time College Football Association wanted to upgrade its program, it could do so by buying better players instead of building bigger fieldhouses. Not only would this save the school money in the short term, if it didn’t pan out, the school would be out the price of a few years of salaries, rather than the cost of a 20,000-square foot, athletes-only weight room. And places like Rutgers wouldn’t wind up using student fees to cover the multimillion-dollar losses of its athletic department.

Some schools, seeing their costs more clearly, might drop football altogether, or more likely find a level of talent that better fits their budget. The end result would be a system that is both more rational (from a financial standpoint) and more fair (from a player’s).

Not that any of this is going to happen. For all of the upheaval and veiled threats from the power conferences, Emmert’s NCAA will almost certainly hold together. It’s awfully hard to walk away from a legally sanctioned price-fixing scheme — even when it’s in your own best interests to do so.