Going to law school used to seem like a fairly stable career move. Sure one has to assume a lot of debt to get the degree, but the jobs looked secure and lucrative. What has happened?

America has too many lawyers. It also has too many law schools producing too many new lawyers every year. Too many reason bright young college graduates assume too much debt to obtain pretty crappy jobs.

The latest issue of the magazine contains a review of a new book about precisely this problem. Retired lawyer Steven Harper explains in The Lawyer Bubble: A Profession in Crisis that the law school pipeline (assume high debt to get a high salary) doesn’t work anymore.

Check out Elizabeth Lesly Stevens’s piece about the book. As she explains, Harper warns,

bright young sons and daughters of midwestern truck drivers that they best not try to climb that ladder that served [Harper] so well.

Some of the rungs are broken, others greased and impossible slippery, and that ladder doesn’t stretch to any place you would want to be, really. The era of law being the safe and well-compensated “traditional default option for students with no idea what to do with their lives,” Harper notes, is over, even if the tens of thousands who still flood into law school each year stubbornly believe that these macro forces will somehow not apply to them.

Though the Bureau of Labor Statistics expects 73,600 new lawyer jobs to be created in the U.S. in the current decade, American law schools graduate about 44,000 new JDs each year. So averaged over the decade, there are six new lawyers for each new job. 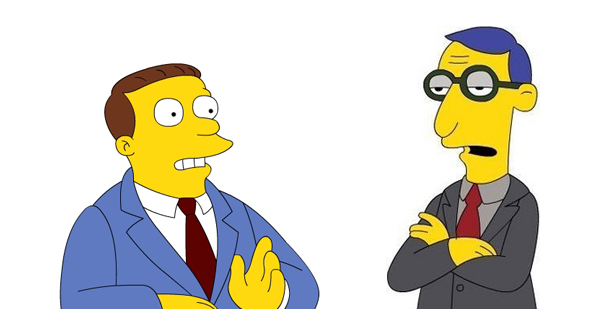 It’s not so bad if you go to a good law school, of course, but it costs just as much to go to a bad law school. And that’s the problem.

The supply of lawyers has made the quality of a legal jobs dramatically worse. Graduates of lower-tier law schools often now toil in contract positions as document reviewers, “who sit in horrible little basement rooms. They are performing mindless work in Dickensian conditions, stuck in there” explains one law professor with whom Stevens spoke. These jobs are dead-end ones, with no potential for career advancement; they merely pay the bills. And the bills are really high. The average student loan burden of new law school graduates is $125,000.

I’ve written about this problem before but I admit that when I’ve addressed this I’ve probably focused too much on the education debt part of this, and the way law schools keep churning out more lawyers despite knowing that the career prospects for most of them aren’t very good.

One thing I’ve missed is how actual law firms operate in this system. I assumed that the problem was simply that many of these lawyers couldn’t get jobs. What Harper emphasizes is that the supply of lawyers means even graduates of good law schools who have jobs at the top firms aren’t doing as well.

The median salary of new associates hired by major firms fell by more than a third between 2009 and 2011. They now earn about $85,000 a year. What’s more, as Stevens explains:

The bulk of Harper’s book dissects the structural and cultural transformation of Big Law, and goes on (for many, many pages) about factors that caused such firms as Finley, Kumble and Dewey & LeBoeuf to fold. He laments that the concentration of power in the hands of a few executive partners atop global behemoths means that relatively few of the thousands of junior lawyers will ever be granted a full equity-partner role. With no job security or likely financial payoff for years of oftentimes mind-numbing junior work, Harper notes, a good number of young and mid-career lawyers devolve into alcoholism, depression, and even suicide.

Granted, to a journalist like me $85,000 sounds pretty good. But then, I don’t have $125,000 worth of debt. Many of these lawyers will simply never be able to pay their debt off.

Law schools and legal jobs will always be here in some sense. But Harper’s book seems like a good warning to potential students: be wary. Attempting to built a legal career may just not be worth it. Law school, and the legal profession, are risky. Very risky. [Image via]