History professor (or, as the news reports call him, “Harvard historian”) Niall Ferguson got in trouble when speaking at a conference of financial advisors. Tom Kostigen reports:

Ferguson responded to a question about Keynes’ famous philosophy of self-interest versus the economic philosophy of Edmund Burke, who believed there was a social contract among the living, as well as the dead. Ferguson asked the audience how many children Keynes had. He explained that Keynes had none because he was a homosexual and was married to a ballerina, with whom he likely talked of “poetry” rather than procreated. . . . Ferguson . . . says it’s only logical that Keynes would take this selfish worldview because he was an “effete” member of society. . . .

Throughout his remarks, Ferguson referred to his “friends” in high places. They should all be embarrassed and ashamed of such a connection to such small-minded thinking. Ferguson says U.S. laws and institutions have become degenerate.

According to Henry Blodget, “Dan Jamieson at Investment News, also reported the remarks.” 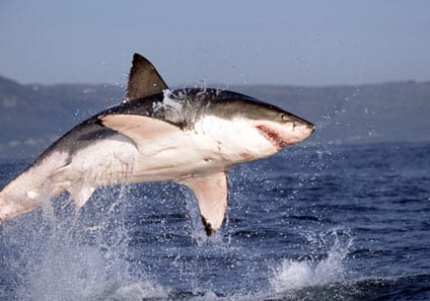 It will be interesting to see what Ferguson’s next steps are. I’m guessing he’ll eventually get to the full groveling apology, but other options include affirmation (“Yes, Keynes was a poof who didn’t know jack about econ!”), explanation (“Statistics show that gay and childless people invest less in the future”), flat-out denial (“I never said such a thing”), a mumbling quasi-denial (“I don’t recall saying such a thing . . . must have been misquoted”), an appeal to academic freedom (“No, I’m not embarrassed to speculate in a politically incorrect fashion”), or, of course, the non-apology apology (“I’m sorry that people chose to be offended over my remarks”).

In short, he can go in two directions: (1) cut his losses or (2) aim to be a cult hero of political correctness in the Larry Summers mold (although I doubt that Larry Summers himself is going to endorse this particular anti-gay move).

In some ways, this is a higher-profile version of the choice that Ferguson had to make awhile ago, whether to follow his counterparts such as Jeffrey Frankel and John Yoo into embarrassing hackery, or stay on the academic straight and narrow (so to speak). A couple years ago, the choice was to keep doing academic research/writing/learning or to make provocative speeches saying silly things to rich people for big bucks. Now that Ferguson is upping the ante by antagonizing entirely new groups of people, he’ll have to decide where to go next.

The good news, though, is I think this whole story is a sign of improving standards of public discourse, at least when it comes to outspoken professors. Back in the old days, there were respected academics who were Stalinists, Fascists, you name it. Nowadays when you take an extreme position, you’re expected to defend it, otherwise you don’t get taken seriously any more. (For example, academic policy advocates such as Krugman and Mankiw piss off lots of people, but they defend their controversial statements.)

P.S. From his webpage:

Niall Ferguson, MA, D.Phil., is the Laurence A. Tisch Professor of History at Harvard University. He is a resident faculty member of the Minda de Gunzburg Center for European Studies. He is also a Senior Research Fellow of Jesus College, Oxford University, and a Senior Fellow of the Hoover Institution, Stanford University.

But he’s always referred to as “Harvard historian” or “Harvard professor” Niall Ferguson. Doesn’t seem so fair to Oxford and Stanford. I propose that future news articles refer to Ferguson as “Jesus historian” or “Hoover historian.” These have a good ring to them, no?

I should not have suggested – in an off-the-cuff response that was not part of my presentation – that Keynes was indifferent to the long run because he had no children, nor that he had no children because he was gay. This was doubly stupid. First, it is obvious that people who do not have children also care about future generations. Second, I had forgotten that Keynes’s wife Lydia miscarried.

My disagreements with Keynes’s economic philosophy have never had anything to do with his sexual orientation. It is simply false to suggest, as I did, that his approach to economic policy was inspired by any aspect of his personal life. As those who know me and my work are well aware, I detest all prejudice, sexual or otherwise.

This retraction seems like a reasonable move to me. After all, everybody makes mistakes.

I’m guessing that, in the heat of the moment, Ferguson thought that some Keynes-bashing would be popular with a business crowd. What happened is, he misjudged his audience. He threw them the wrong flavor of red meat.

P.P.P.S. More here. As usual in such cases, I see a gap between what this guy is doing and what he has the potential to do. The Kenyes-is-a-poof remarks would’ve been unremarkable had they been made by a comedian or a politician or talk-show host. A historian can and should do better, and Ferguson himself recognized this by characterizing his remarks as “stupid.”