Maybe you haven’t heard of the James Webb Space Telescope.  NASA says that it “will address several key questions to help us unravel the story of the formation of structures in the Universe such as: When and how did reionization occur? What sources caused reionization? What are the first galaxies?”  NASA also says that the telescope’s “superior imaging and spectroscopy capabilities will allow us to study stars as they are forming in their dusty cocoons.”  And NASA says that the telescope will “make ultra-deep near-infrared surveys of the Universe, and follow up with low-resolution spectroscopy and mid-infrared photometry (the measurement of the intensity of an astronomical object’s electromagnetic radiation).”

Chairman Smith: “As the world leader in space exploration, America has made great progress for mankind. But our work is not done. We should continue to study, research, and explore space to better understand our universe and better protect our planet. The James Webb Space Telescope is a great example of where our nation can go in the future by maintaining our leadership in the realm of space innovation and exploration—to galaxies far beyond.”

Space has been a major story in the national news following the asteroid and meteor events of last month. Asteroid 2012 DA14 passed just 17,000 miles from Earth, less than the distance of a round trip from New York to Sydney. Thanks to the discoveries NASA has made in its short history, we knew about 2012 DA14 for about a year.  But the meteor that struck Russia last month was estimated to be 17 meters, and wasn’t tracked at all.  The Science, Space, and Technology Committee will hold a hearing on March 19 to examine ways to better identify and address asteroids, meteors and other near Earth objects that pose a potential threat to our planet.

Bingo! Forget reionization and spectroscopy.  That telescope is going to do what heretofore only Bruce Willis himself could do: save us from DEADLY SPACE ROCKS.  That’s not just national security.  That is planetary security.  Throw another billion at that telescope! 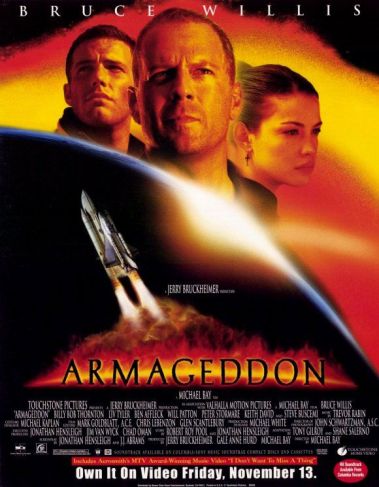 But, Rep. Smith, the economic impact still seems a little less clear—except, wait, the telescope will be assembled where?  And what state is Smith from?  Bingo again!