From a video conversation between UC Berkeley’s next chancellor, Nicholas Dirks, and Dan Mogulof of Berkeley’s Office of Public Affairs:

I don’t support divestment with respect to Israel. At the same time, many of my colleagues felt very strongly about this and many of them signed a petition, and it circulated widely at the time, which was 2002. There were, after that, all sorts of other controversies that developed about the climate for Jewish students on Columbia’s campus, about the nature of instruction and the department of Middle East studies, and indeed about the atmosphere at Columbia more generally, in which it seemed very difficult for some students to find safe spaces in which to talk about Israel where they didn’t feel that the basic context in which they found themselves wasn’t hugely not just anti-Israel, but by implication, anti-Jewish, and anti-Semitic. The first thing that we needed to do, of course, was to ensure that no one was made personally uncomfortable on the basis of their religion, as I said, their ethnicity, their entity. 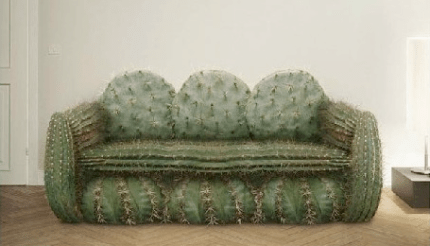 In 2002, Dirks was a tenured professor of anthropology at Columbia and later became Columbia’s vice president for arts and sciences.

From a letter signed by 14 faculty members of the department of Middle Eastern, South Asian, and African Studies at Columbia, entitled “Former Vice-President Dirks defaming the department”:

While discussing the divestment petition at Columbia in 2002 . . . Chancellor Dirks referred to “all sorts of other controversies that developed about the climate for Jewish students on Columbia’s campus.” He described this climate as hugely not just anti-Israel, but by implication anti-Jewish, and anti-Semitic, and connected this issue with “the nature of instruction in the department of Middle East studies.”

Our sense of outrage stems from Dirks’ denial of the fact that the very committee set up by then-Vice President Dirks found no evidence whatever for concerns about the climate for Jewish students let alone about the nature of instruction in our department. We feel affronted by the fact that the Chancellor’s defaming the department means that he now rejects the committee¹s finding and seems instead to accept as true the false accusations leveled against us by an external hate group that has since been exposed and discredited.

I don’t know anything about the details of this, but it does seem that Dirks’s statement, “The first thing that we needed to do, of course, was to ensure that no one was made personally uncomfortable,” is somewhat in conflict with goals of open expression.

We just don’t get this sort of excitement in the statistics department.