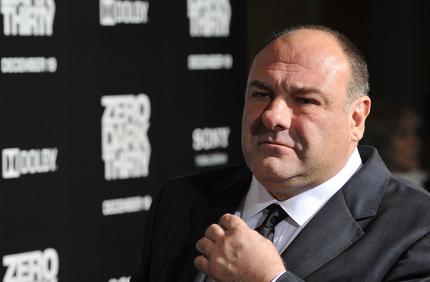 What accounts for the outpouring of grief at the passing of James Gandolfini, an actor who was known for playing—really for disappearing into—just one character? Tony Soprano was a violent, loathsome gangster whose presentation—fat, blunt, crude, treacherous—mirrored his degeneracy. And yet there were everyman aspects to him, like his concerns for his children’s futures, promoting from within his “family,” and repaying a cousin’s long-ago loyalty.

What made Tony Soprano and The Sopranos memorable was not only the consistently high quality of its acting and writing—The New Republic’s Leon Wieseltier contrasted its ashcan realism with Aaron Sorkin’s “shiny nonsense, [in which] people speak in repartee, and always find the words they need, and nothing insignificant, nothing tedious, is ever uttered”—but its main character’s moral duality, his ability to be both evil and human.

The difficulty is compounded by the process of character development. The more we find out about a character’s upbringing, family life, motivation and so forth, the more we identify with him, and the easier it is to excuse his transgressions.

The Sopranos did the best job of avoiding this effect by interweaving the warp and woof of its main characters’ lives so that you see that they are neither good nor bad, but good and bad, inextricably. The most memorable example was a first-season episode, “College,” rated as the series’ best by Time Magazine and the second-best episode from any series by TV Guide. Tony takes his daughter on a college tour that was familiar to any parent of a college-bound son or daughter. The vibe between him and his daughter, Meadow, is good. She is clearly excited by the prospects that lie ahead of her, and her father is excited for her and proud of her—as what father wouldn’t be? One night, however, he accidentally glimpses a local travel agent and recognizes him as a former colleague who ratted the mob out and entered the witness protection program. The next morning, Tony smilingly drops Meadow for a campus tour, then finds the travel agent and strangles him with his bare hands, and returns, in no worse mood, to campus to pick up his daughter.

His pride in his daughter is as real as his rage at the man who betrayed his enterprise. They are both him, just as the good and bad in all of us are equally real, and equally us.

Louis Barbash is a Washington writer who blogs at Connecting-the-Dots.net.