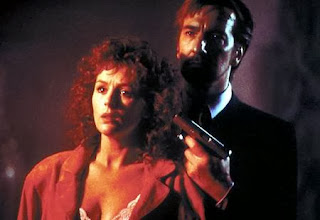 Unsurprisingly, there were human and computer glitches on the first day that Americans could sign up for insurance through Obamacare. Preparing for the launch of a large, complex federal government program takes time, and the implementation problems would certainly have been much, much worse if the law had gone into effect immediately upon being passed. But the Tea Party Republicans’ anti-Obamacare hostage-taking makes it more likely that a pell-mell rush to implement new legislation — however wastefully and sloppily — will become an enduring feature of American politics.

In prior eras, neither party would have tried to undo the signature legislation of the other party and its President just because they garnered more seats (though not in this case of 2012, more votes) in one house in the ensuing election. With no need to worry about retroactive repeal, complex legislation could therefore be implemented slowly and thoughtfully.

Tea Party Congressional Representatives have destroyed this governing norm by trying to undo Obamacare through a government shutdown and threatened debt default. As a result, whichever party is in power in the future will probably not risk any delay in implementing the laws they pass. If Obamacare had been implemented immediately upon passage, it would have been a mess in policy terms. But politically, it would now have millions of beneficiaries who would have vehemently resisted the current retroactive repeal effort.

Millions of federal employees without paychecks in the middle of a wobbly economic recovery is the most visible current damage of the Tea Party Republicans’ hostage taking. But even deeper damage may become evident over time if public policy implementation becomes a panicky, haphazard race to beat the closing of the next election’s polling booths.