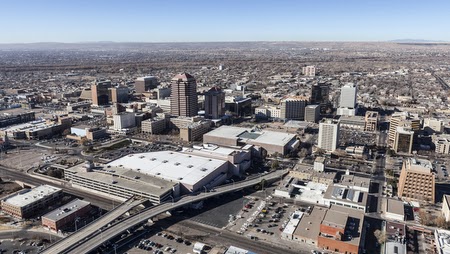 This November, Albuquerque, New Mexico could become the first city in the nation to enact a municipal abortion ban. The proposed law, “Pain Capable Unborn Child Protection Ordinance”, which seeks to ban abortions after 20 weeks of pregnancy, is designed to model a potent new national tactic for the anti-abortion community and to ignite a host of new lawsuits, all with the goal of eventually overturning Roe v Wade.

“It is a new strategy. There is more than one way to close an abortion clinic,” Troy Newman, president of Operation Rescue, a leading U.S. anti-abortion group that helped get the measure on the November 19 ballot in Albuquerque, told Reuters.

The bill provides no exceptions for victims of rape, incest, or for women suffering from “psychological or emotional conditions” related to their pregnancy. Exceptions could only be granted if it was determined that the mother could die or if the pregnancy would cause “irreversible” physical harm to a “major bodily function.”

Operation Rescue, headquartered in Wichita, originally sent two “pro-life missionaries” to Albuquerque–Tara and Bud Shaver–in order to rally support for the measure. Ms. Shaver is the spokeswoman for a coalition of Roman Catholic, evangelical and other groups advocating for the ballot initiative. They organized a petition with over 12,000 signatures–or roughly twenty percent of Albuquerque voter turnout in recent elections—requiring the city council to put the proposed ordinance on the November ballot.

The proponents of the bill are not only framing their public arguments around fetal pain, which has mixed evidence, but also around their intent to create a lawsuit strong enough to overturn Roe v. Wade.

Over the past three years, a dozen states have passed late-term abortion legislation. Nebraska was the first state to pass such a law in 2010, and its sponsor, Mike Flood was forthright about his intent to create more opportunities to challenge Roe in court.

“Clearly my bill walks away from viability as a standard and instead substitutes a scientific standard that I think the state of Nebraska has a legitimate and substantial interest in preserving and promoting fetal life at that point,” he told The Washington Post.

And just this past year, even though a federal court struck down Idaho’s fetal-pain law on constitutional grounds, the National Right to Life Committee enthusiastically applauded the decision, signaling that any lawsuit was a good lawsuit for their purposes.

Polls show that the Albuquerque measure will likely pass with local support. Traditionally, Albuquerque courts have broadly interpreted cities’ powers, so the municipal ban will likely stand or fall on constitutional grounds when it reaches federal court.

Yet the prospect of the ordinance ultimately being struck down is clearly no deterrent for the anti-abortion activists. “The courts are crazy today, but we’re going to keep working to close these clinics,” Newman told Next City.

Litigation is expensive, and pro-choice activists will face major challenges to produce the resources to fight every constitutionally concerning reproductive ordinance that gets passed. And, since citywide laws can often provide statewide effects, the bang for the buck on this type of approach could be tremendous.

One thing is for sure. Anti-abortion folks are playing a long game.