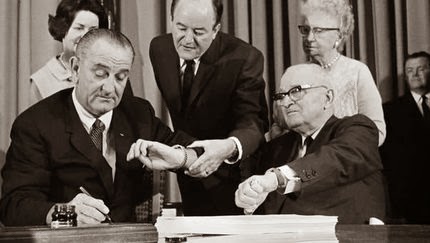 The latest Republican wringing his hands extra-earnestly about how much he cares about his constituents’ health insurance coverage is Rep. Todd Young, who gave the weekly GOP address:

“In recent weeks, I’ve heard heartbreaking stories from many Hoosiers about the impact the new health care law is having on them and their families,” Young said.

Key to Young’s argument was a promise President Barack Obama made on the stump for his signature legislation: that Americans who liked their insurance and their doctor would be able to keep both under the Affordable Care Act, better known as Obamacare. Some plans have been cancelled because they do not meet the minimum standards of coverage mandated by the law.

Now, it is true that President Obama’s endlessly repeated “if you like your insurance, you can keep it,” while true for the vast majority of people, was either a lie or a fairly huge misunderstanding of his own bill. (Though disrupting the lousy individual market is key to any remotely plausible healthcare reform, and every Republican reform proposal would disrupt the insurance market vastly more.)

But if Republicans are really, actually, not-joking-for-reals-you-guys having panic attacks over the poor sainted cancellation and rate shock victims, Paul Waldman has a good proposal: “how about we let everyone who got a threatening letter from an insurance company buy in to Medicare?”

We all know how much Republicans love Medicare, given how it was the centerpiece of the 2010 GOP campaign, and how often the 2012 Romney campaign assaulted Obama over Medicare cuts. So lets let anyone whose insurance company says they have to pay more, or for whom rate shock really does bite, buy into Medicare. That way at least no one will fall through the cracks.