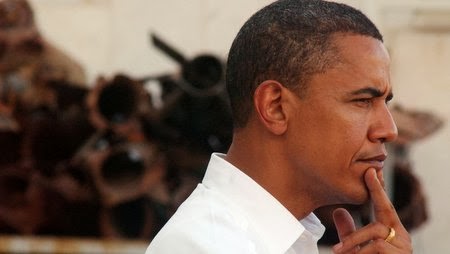 President Obama “pivoted” recently on immigration reform, in the words of DC pundits. He would work with House Republicans on an immigration piecemeal package if that’s what they want, he said. “If it’s Thanksgiving, we can carve that bird up in multiple pieces.”

This could be considered a flip flop.

Ever since the Senate passed its bipartisan comprehensive immigration reform bill in June, House Republicans have refused to consider the legislation, saying they wanted instead to bring only a few (5 to 7) separate pieces of immigration reform bills to a vote. The pieces include proposals that would grant more visas for H1B high tech workers, automatic green cards for foreign students with Masters and Doctorate degrees in STEM fields, and pathways to citizenship for investors, farm-workers and even DREAMERs, as well as possibly a national requirement for employers to use e-verify – more internal immigration enforcement.

Once passed separately in the House, Republican leaders indicated that they might put those pieces together into a package for the Senate to consider. But not as part of the Senate comprehensive bill. “We will never bring the Senate bill to the floor,” House leader John Boehner announced in October, even though it contains most of the pieces they are voting on. Why? Because it’s “comprehensive.”

But until now, Democrats, including President Obama, had dug in their heels. They have been adamant that the House must consider the Senate’s comprehensive immigration reform bill and add any new pieces to it as a normal part of Congressional conference committee negotiations.

This has been going back and forth for five months now. Senate leadership insists on “comprehensive only” and the House leadership advocates for “piecemeal only.”

Now suddenly, the President said “Let them have piecemeal.” But what does piecemeal mean?

The press rarely defines the differences between comprehensive and piecemeal. Sometimes even the word “reform” is left out and only “immigration” is used, such as in a recent headline in The Hill: “How Immigration Died.” (Immigration itself, dead? Really?)

But there is an easy definition. “Comprehensive” immigration reform means simply that the law includes proviso to provide some pathway to legal status for the estimated 11 million unauthorized foreign nationals currently living and working in the country illegally (variously referred to as illegal immigrants, unauthorized immigrants or undocumented people) would be given legal status, unconditional work permits, a pathway to permanent residency (a green card) and citizenship (if they so choose; to date, most with green cards don’t)”. This is variously referred to as ‘legalization’, “blanket amnesty”, “a pathway to citizenship”, “the right thing to do” and “rewarding millions of people for breaking the law”.

Piecemeal does not include this ‘pathway to citizenship’ for undesignated millions.

So did Obama flip-flop on comprehensive immigration reform?

Not necessarily. It depends on who and how many illegal immigrants are included in the piecemeal bill that he will approve. To date, Republican piecemeal proposals would legalize around 2-3 million illegal immigrants. What is the bottom line for Democrats? 11 million plus? 8 million? 4 million? 2-1 million DREAMERs? No limit?

“The Senate bill which Democrats approved is itself so narrow that 3 million of the 11 million estimated undocumented immigrants in the U.S won’t qualify for legalized status,” Rep. Luis Gutierrez (IL), the Democrats’ most vocal voice on immigration reform said on Chicago National Public Radio “Afternoon Shift” on Nov. 1 according to the Huffington Post. But he adds: “DREAMERs and their parents should be included in any immigration reform bill (including piece-meal)”. Then he adds: “Democrats in the House of Representatives have to stop negotiating from the point of view that they’re in the majority. We’re not”.

But Gutierrez varies. In a House hearing on July 23 for a Republican bill that proposed to legalize DREAMERS only, Gutierrez adamantly objected. “It would be un-American to only legalize some, not all undocumented persons, including their families and those who had been deported”.

But that was before the Virginia and New Jersey elections, and the Obamacare roll-out difficulties. Next year’s crucial race for the control of the Senate (where none of the target states to date have any significant number of Latino voters) will certainly decide if immigration reform is even important in the 2014 election.