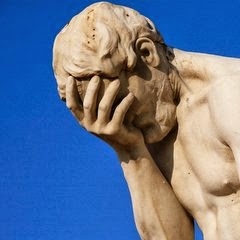 Yesterday, I put out my top-ten list of higher education policy and finance issues from 2013. And today, I’m back with a list of not-top-ten events from the year (big thanks to Justin Chase Brown for inspiring me to write this post). These are events that left me shaking my head in disbelief or wondering how someone could fail so dramatically.

(Did I miss anything? Start the discussion below!)

10. Monsters University isn’t real. The higher education community was abuzz this summer with the premiere of Pixar’s newest movie about one of the few universities outside Fear Tech specializing in scaring studies. The Monsters University website is quite good, and as Jens Larson at U of Admissions Marketing notes, it’s hard to distinguish from many Title IV-participating institutions. I’ll use this blog post to announce my willingness to give a lecture or two at Monsters University. (As an aside, since the two main characters didn’t graduate, their post-college success may not help MU’s scores in a college rating system.)

9. Brent Musburger set men back at least five decades in the course of 30 seconds. His public ogling of the girlfriend of Alabama quarterback A.J. McCarron during January’s BCS championship game instantly became a YouTube sensation. Musburger shouldn’t have listened to his partner in The Waterboy, Dan Fouts, who urged him to not hold anything back in the last game of the season. McCarron, on the other hand, is preparing to play Oklahoma in the Sugar Bowl on January 2.

8. Rankings and ratings are not the same thing. While college leaders tend not to like the Obama Administration’s proposed Postsecondary Institution Rating System, it is important to emphasize the difference between rankings and ratings. Rankings assign unique values to each institution (like the college football or basketball polls), while ratings lump colleges into broad categories (think A-F grades). Maybe since I work on college rankings, I’m particularly annoyed by the confusion. In any case, it’s enough to make my list.

7. Mooooove over: The College Board has another rough year. This follows a rough 2012 for the publishers of the SAT, as more students took the ACT than the SAT for the first time last year. But in 2013, the redesign of the SAT got pushed back from 2015 to 2016, giving the ACT more time to gain market share. The College Board followed that up with a head-scratching example of “brand-ing,” passing out millions of cow stickers to students taking the PSAT. If these weren’t enough, the College Board also runs the CSS Profile, a supplemental (and not free) application for financial aid required by many expensive institutions. Rachel Fishman at New America has written extensively about the concerns of the Profile.

6. Gordon Gee is the most interesting man in higher education. The well-traveled university president began 2013 leading Ohio State University, but left the post this summer after his 2012 comments disparaging Notre Dame, Catholic priests, and the ability of the Southeastern Conference to read came to light. Yet, he and his large bowtie collection will be heading to West Virginia University this spring as he assumes the role of interim president. There is still no word if the Little Sisters of the Poor will show up on WVU’s 2014 football schedule.

5. Rate My Professor is a lousy measure of institutional teaching quality. I’m not going to fully dismiss Rate My Professor, as I do believe it can be correlated with an individual professor’s teaching quality. But a Yahoo! Finance piece claiming to have knowledge of the 25 colleges with the worst professors cross the boundaries of absurd. I quickly wrote a response to that piece, noting that controlling for a student’s grade and the difficulty of the course are essential in order to try to isolate teaching quality. This was by far my most-viewed blog of 2013.

4. Elizabeth Warren’s interest rate follies. The Democratic Senator from Massachusetts became even more of a progressive darling this spring when she announced a plan to tie student loan interest rates to the Federal Reserve’s overnight borrowing rate—0.75%. Unfortunately, this plan made no sense on several dimensions. While overnight borrowing has nearly no risk, student loans (over a ten-year period) have considerable risk. Additionally, if interest rates were set this low, money would have to come from somewhere else. I would much rather see the subsidy go upfront to students through larger Pell Grants than through lower interest payments after leaving college. Fortunately, Congress listened to smart people like Jason Delisle at New America and her plan went nowhere.

3. The Common Application fails early applicants. The Common Application, used by a substantial number of elite colleges, did not work for some students applying in October and November. The reason was that the Common App’s new software didn’t workand they failed to leave the previous version available in case of problems. Although this didn’t affect the vast majority of students who aspire to attend less-selective institutions, itcertainly got the chattering classes talking.

2. The federal government shut down and budget games ensued all year long. The constant partisan battle culminated with a sixteen-day shutdown in October, bringing much of the Department of Education to a screeching halt. While the research community used Twitter to trade downloaded copies of IPEDS data and government reports, other disruptions were more substantial. 2013 also featured sequestration of some education spending, although it looks like the budget process might return to regular order for the next two years.

1. Georgetown Law finds a way to stick taxpayers with the entire cost of law school. It is no secret that law school is an expensive proposition, with six-figure debt burdens becoming the norm at many institutions. But some of the loans can be forgiven if students pursue public service careers for a decade, a program that was designed to help underpaid and overworked folks like public defenders or prosecuting attorneys.

Georgetown’s Loan Repayment Assistance Program advertises that “public interest borrowers might now pay a single penny on their loans—ever!” To do this, the law school increased tuition to cover the cost of 10 years’ worth of loan payments under income-based repayment for students making under $75,000 per year. Students take out Grad PLUS loans to fund this upfront, but never have to pay a dime of those loans back as Georgetown makes the payments. Jason Delisle and Alex Holt, who busted this scheme wide open this summer, estimate that students will have over $150,000 in loans forgiven—and put on the backs of taxpayers. Although Georgetown tries to defend the practice as being good for society, it is extremely hard to make that argument.

Honorable mentions: #Karma, lousy attacks on performance-based funding research, financial stability of athletics at Rutgers and Maryland, and parking at 98% of campuses.