Paul Krugman laid out a remarkable fact a couple days ago: government spending is shrinking faster than at any time since the post-WWII demobilization. This would notable in and of itself, but coming when the economy is so weak—when aggregate demand has been chronically insufficient for so long—it’s horrifying. It’s unprecedented austerity at the worst possible moment. 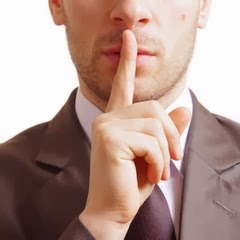 Under the norm of objectivity that dominates mainstream political journalism in the United States, reporters are supposed to avoid endorsing competing political viewpoints or proposals. In practice, however, journalists often treat centrist policy priorities—especially on fiscal policy—as value-neutral. That’s wrong. While it’s widely accepted that the federal government faces limits on what it can borrow in the financial markets, there is significant disagreement, including among experts, over the priority that should be given to reducing current deficit and debt levels relative to other possible policy objectives. It is, in other words, a political issue. Reporters often ignore this conflict, treating deficit-cutting as a non-ideological objective while portraying other points of view as partisan or political. That’s why it’s not accepted for reporters to explicitly advocate, say, abortion bans or recognition of gay marriage, but criticism of the president for not advocating entitlement cuts with sufficient fervor can run in a “factcheck” column.

In fact, if one accepts the economic logic of aggregate demand, it’s much worse than Nyhan makes out. These reporters aren’t just picking sides, they’re advocating in favor of a horrible policy. Since the Great Recession, austerity has failed at its stated goals almost everywhere it has been tried, and the intellectual case for it has completely collapsed.

I think this reveals some pretty serious cultural corruption among so-called “centrist” reporters. As Brendan says:

The root of these problems is the philosophy of “objective” journalism itself, which forces reporters to try to draw lines between opinion and fact that often blur in real life. But even if reporters aren’t willing to rethink objectivity, they should try to understand why prioritizing deficit reduction over other competing values is a kind of ideology of its own.

In any case, the fact that these people advocate for austerity by building it into the presumptions is telling in itself. Because when they stop taking austerity as self-evidently great, and say things like “we need to cut the deficit now now now, because X, Y, and Z,” they are immediately torn to bits. Just look at what happened to Reinhart and Rogoff.

Therefore, the only way to keep the austerity train moving at this point is by a cultural conspiracy. Writers build austerity into the background, and you can’t get at the argument because no one will acknowledge disagreement; instead, it’s just what “everyone says.” Meanwhile, the country is slowly falling to bits.