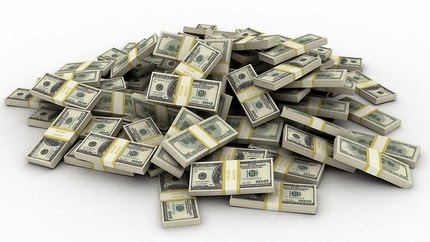 Some of the more pernicious theorized effects of income inequality is just what happens to accumulated wealth at the top. (Apple’s cash hoard is now something like $150 billion, just for an example.)

Because when individuals and institutions accumulate money, due to longstanding cultural and business practice they expect to earn interest. With US debt (until recently) earning tiny or even negative yield, then a natural temptation is to loan it out to somebody. Courtesy of Billmon, this article details a newer example of this kind of loan, in this case from employers to their employees:

Increasing consumer debt it was propped up aggregate demand after median wages started stagnating around 1980. That works, until we reach a Minsky moment, and everyone starts to deleverage at once. So regardless of the wisdom of this particular program (and I would be skeptical indeed), it’s indicative of that fact that the underlying structural dysfunction of the American economy is still very much present.