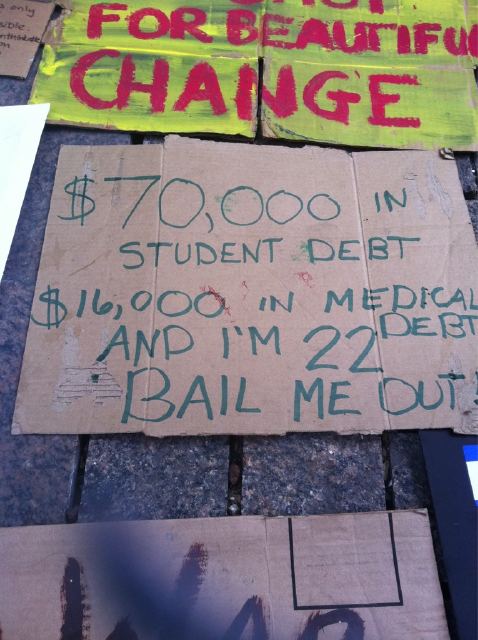 Under a proposal created by Senate Democrats, colleges might bear greater responsibility for whether or not their students pay back their loans on time.

According to a piece in the Chronicle of Higher Education Sen. Jack Reed of Rhode Island, Sen. Richard Durbin of Illinois, and Sen. Elizabeth Warren of Massachusetts have co-sponsored a bill to require that American colleges have “skin in the game” by putting the institutions in charge of some of the risk if their graduates default on their student loans.

As the article puts it:

The proposed legislation, dubbed the Protect Student Borrowers Act of 2013, would affect only institutions that have federal student-aid enrollment rates of 25 percent or higher, and the penalties would be imposed on a sliding scale.

Colleges and universities with student-loan default rates of more than 30 percent would pay a fine to the Department of Education equal to 20 percent of the total value of loans issued to their students in default. As default rates decline, so would the proposed fines; the least-severe infraction—default rates from 15 percent to 20 percent—would require a 5-percent penalty.

Under a college reform plan proposed by President Barack Obama earlier this year, the federal government would measure colleges on graduation rates and enrollment of low-income students, and reward or punish schools through federal financial aid based on their success these areas.

According to Reed, his proposal would be an improvement because it would not simply punish the worst violators but encourage improvement and recognize schools for making progress.

It would also get colleges more closely involved in students’ actual debt behavior. Currently most colleges, according to Warren, are “pretty much indifferent” to student debt problems; they’re just students’ individual responsibilities. But if colleges are punished based on defaults, they might quickly come to recommend better student loan behavior, and work harder to make financial aid easier to understand. [Image via]