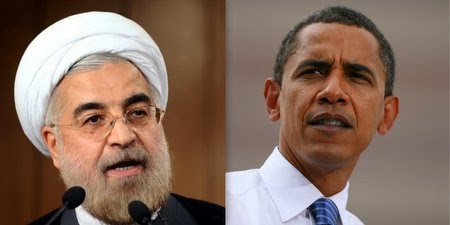 Imagine this: Sometime in the next year, President Barack Obama travels to Geneva and sits down at an ornate table in the Palais des Nations alongside his Iranian counterpart, Hassan Rouhani. They grab their pens and sign a comprehensive nuclear agreement, a deal that places curbs on Iran’s nuclear program.

Iran’s uranium enrichment is limited to 5 percent purity, a level that can’t be used for nuclear weapons. The deal reduces Iran’s number of operational centrifuges, perhaps even closes one of its enrichment facilities. And construction begins to convert the heavy-water reactor at Arak into a light-water facility that doesn’t produce as a byproduct plutonium, which can be re-processed into nuclear weapons fuel. Iran agrees to intensive inspections, going beyond even the Additional Protocol, ensuring that the changes are implemented. The inspections and continued U.S. and international intelligence monitoring of Iran’s nuclear program — already the most closely watched program in the history of the world — vigilantly seek out any hint that Iran is secretly backsliding on its commitments.

Then Obama loses his ability to waive the imposition of new Iran sanctions. Harsh economic measures against Iran’s banking and shipping sectors, waived by Obama throughout the course of negotiations, suddenly come into effect, targeting Iranian companies and individuals, as well as sanctioning international actors doing business with Iranian companies. Iran quickly withdraws from the historic nuclear pact its just signed.

This is not an idle thought experiment. If Congress passes the new Iran sanctions bill introduced by Sens. Robert Menendez (D-NJ), Mark Kirk (R-IL) and Chuck Schumer (D-NY), and it overcomes the veto Obama has promised, the above may well come to pass. Or we might not even get there. With Iran and world powers agreeing to the implementation of the interim Geneva deal, talks on a comprehensive deal are set to begin soon. But faced with onerous requirements placed by the new sanctions on a final deal, negotiations could quickly stumble and collapse at the outset.

That’s because the new sanctions contain a provision, buried on page 41, requiring Iran to halt all enrichment in any comprehensive pact. Known as a “zero enrichment” position, the demand would be a poison pill in talks. Iran simply won’t agree.

Much has been made of the danger of passing new sanctions at all: Iranian Foreign Minister Javad Zarif has said that passing new sanctions, even with a delayed trigger, would mean “the entire deal is dead.” That’s indeed the near-term threat to diplomacy. But Iran has bluffed before, and sanctions aggressively waived by Obama may prove a surmountable obstacle to continuing talks.

Less attention, however, is paid to the “zero enrichment” provision, which poses a greater threat to inking a comprehensive deal to allay concerns about Iran’s nuclear program. On enrichment, the new sanctions bill seeks to influence, even dictate acceptable American terms for a final deal.

If the end deal doesn’t completely end Iranian enrichment, Obama loses his ability to waive the new sanctions. In a section headlined “Suspension [of new sanctions] for a final agreement or arrangement,” the Menendez-Kirk-Schumer bill states:

…the President may suspend the application of sanctions imposed under this Act or amendments made by this Act for a one-year period if the President certifies to the appropriate congressional committees that the United States and its allies have reached a final and verifiable agreement or arrangement with Iran that will—
(A) dismantle Iran’s illicit nuclear infrastructure, including enrichment and reprocessing capabilities and facilities…

(The waivers could also be revoked if Congress passes a resolution showing disapproval of a final deal.)

You won’t find anything about this provision in many news accounts of the new sanctions bill. Menendez didn’t mention it his Washington Post op-ed last week defending his bill. “The legislation endorses the Obama administration’s efforts and the Joint Plan of Action achieved in November,” wrote Menendez.

And yet this “final agreement” section of the new bill, contra Menendez, enforces a demand that runs directly counter the outlines laid out in the Joint Plan of Action signed by Iran and world powers — including the U.S. — in Geneva last November. The actual Joint Plan of Action states that a comprehensive agreement will “involve a mutually defined enrichment program with mutually agreed parameters consistent with practical needs.”

Experts agree that Iran simply won’t give up enrichment, both as a matter of national pride and internal political feasibility. “A permanent end to Iranian enrichment is not in the cards,” wrote former Defense Department official Colin Kahl and RAND Corporation Iran expert Alireza Nader. Nearly all Iran and non-proliferation experts concur on this point.

But hard-liners in Congress, Israeli Prime Minister Benjamin Netanyahu and the influential pro-Israel group AIPAC (which is engaged in a full-court press for the new sanctions) all back “zero enrichment.” Many members of Congress and pundits pushing this position either oppose any negotiations with Iran — lead co-sponsor Mark Kirk, for example — or have already advocated for attacking Iran’s nuclear facilities.

Perhaps that’s just a coincidence. Or maybe it’s the point.

Ali Gharib is an independent journalist based in New York who covers foreign affairs and Iran policy. He's on Twitter.

The Washington Monthly explores the policy consequences of a second Trump term.

There's a backdoor tactic the administration would use to weaken programs that help the poor.


Please support this website by adding us to your whitelist in your ad blocker. Ads are what helps us bring you premium content! Thank you!