Rep. Henry Waxman, who has represented West Los Angeles in the Congress for four decades, has announced that he will retire at the end of this term. Waxman is justifiably being recalled for his strong support of Israel and for incisiveness and tenacity as an investigator — a true credit to Congress’ oversight role — but I wanted to use this opportunity to laud his work as a party-builder. 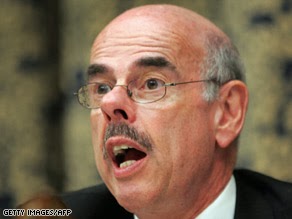 Waxman was one of the principals of the famed Waxman-Berman machine of Westside politics. (His colleague Howard Berman lost his seat in 2012 after being redistricted into a new district he shared with Rep. Bradley Sherman, and Sherman won the Thunderdome election.) Waxman and Berman laid the seeds for this partnership when they were Young Democrats at UCLA in the 1960s, organizing to oppose the Vietnam War and recruit Adlai Stephenson to run food president. They were both later elected to the state Assembly, and they found that it was far easier to pass their legislative priorities when they had a team of allies in there with them who believed what they believed. To create that, they generated an organization that picked candidates to run for office and gave them money and enormous logistical support in the primaries and general elections. Some of this logistical support came from the closely allied pair of consultants Michael Berman (Howard’s brother) and Carl D’Agostino, who called their organization BAD Campaigns. BAD’s use of slate mailers and micro-targeting became legendary in state politics.

By the time Waxman and Berman were in Congress in the mid-70s, this local organization had become a major power player in California Democratic politics. It was difficult for a Democrat to get elected to local, state, or national office from the West LA area without their help, but those with their backing generally found the path an easy one. As this excellent profile of the machine notes, Waxman and Berman were true Democratic kingmakers. When Gray Davis, who would later become California’s 37th governor, first ran for Assembly from a Westside district in 1982, he was widely told that he couldn’t win the largely Jewish district as a Gentile without the blessing of Waxman and Berman. He got it, and went on to a two-decade career in state politics.

The Waxman-Berman machine arose at a time when parties in California were notably weak, having been hobbled for decades by cross-filing in party primaries. The machine filled this void by doing what a strong local party would have done in other states or times, recruiting good candidates who believed what the party believed and giving them the resources they needed to win. In the words of a 1994 LA Times profile, they were building “a substitute political party.”

I wrote a few weeks ago in Pacific Standard about the importance of some modest levels of corruption in politics. To some, at least, the Waxman-Berman machine would represent a form of political corruption. That is, they used money, influence, and technical skills to limit voters choices in elections and advance issues they felt were important. And they could certainly be competitive and cutthroat in their approaches, doing as much to hurt their opponents as help their friends. But it’s hard to find much evidence of graft or pettiness in their efforts. As much for his other accomplishments, Waxman deserves to be praised for building a serious political organization that affected dozens of political careers and literally millions of constituents.

Note: I wrote about this organization in chapter 4 of my book. For my research, I interviewed Rep. Waxman, and he was notably uncomfortable with descriptions of the work he and Berman did as being in any way “machine”-like. His perspective was that they simply tried to help their friends.