The University of Virginia’s rape scandal from late last year has ended in a draw. After Rolling Stone essentially retracted its story about sexual assault at the school, the truth about what happened remains unclear. That means, among other things, that the severe sanctions the school instituted against the fraternity system have to end.

So fraternities are back, but now with weird rules about how they shall operate. This is probably not going to improve things much. According to an article at Reason, the new rules, under which UVA will allow the schools fraternities and sororities to resume social activities, state that:

A minimum of 3 brothers must be sober and lucid at each fraternity function.

i. “Sober and lucid” is defined as a brother acting without influence of any substance.

ii. At least one each of the above sober brothers must be present at each point of alcohol distribution and another at the stairs leading to residential rooms.

iii. In addition to the required monitors outlined above, fraternities must provide an additional sober brother monitor for every 30 members of the chapter, as derived by adding the number of active brothers and new members.

iv. At least three of the sober monitors must be non-first year brothers.

v. All monitors must wear a designated identifier, which will remain consistent across all IFC chapters. 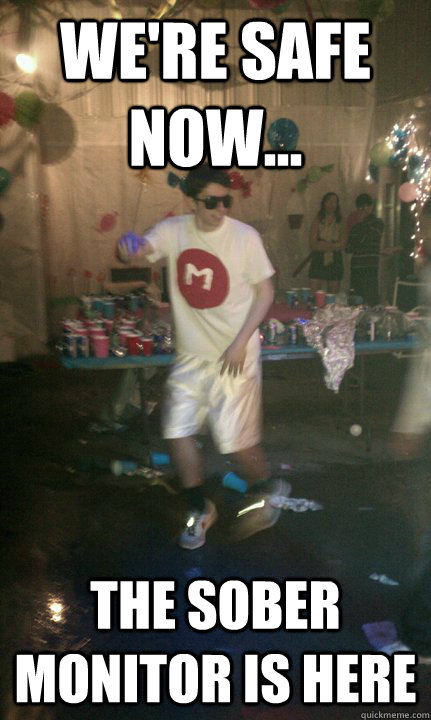 That article suggests that the new rules are “ridiculous” because “students already routinely flout a much more serious alcohol-related requirement: the drinking age of 21. Breaking the law carries more serious risk than breaking some university dictate, but that hardly seems to deter teenagers.”

Perhaps. Certainly college students everywhere almost willfully ignore the official rules for how fraternities operate. The whole reason we went to fraternity parties was because they severed alcohol to people under 21. That was the point. Once we were old enough to buy alcohol we mostly socialized in bars, even those of us in fraternities.

These rules do make sort of make sense, however. It’s probably not a bad thing to have a few designated sober guys at fraternity parties. If fraternities really start to do this that might even improve the social situation at UVA. More responsible people hanging around to monitor behavior might be useful.

But there’s a more serious problem here. The new rules utterly fail to address the structural problem of campus sexual assault. The Rolling Stone article, after all, was about how UVA handled the rape accusation.

Regardless of what happened to the young woman in the story one night at Phi Kappa Psi, she certainly did report an incident to a dean at UVA, and that did not result in anyone’s punishment. And the school, like many, many others in the country, has a complicated, and rather secretive, policy about how to address sexual assault accusations when they occur.

That’s the real lesson from the Rolling Stone article. And that’s true despite the retraction. Hall monitors and three sober frat brothers aren’t going to fix a damn thing about that. [Image via]