How can anyone look at the fact that Scott Walker is apparently surging in Iowa and not recall all of the candidates who surged – then fizzled – in the lead-up to the 2012 Republican presidential nomination? Will recent history repeat itself?

Yesterday I wrote about how the federal government is finally moving past the hysteria created by the “superpredator” myth and getting back to some sane policies. But most of our juvenile justice systems are operated by state and local authorities – which makes this even better news: States See Marked Drop in Juvenile Prison Population as Reforms Take Hold.

Here’s a cool story: Nigerian Student Converts a VW Beetle Into a $6,000 Wind- and Solar-Powered Car. But of course you’ll need a picture for that one. 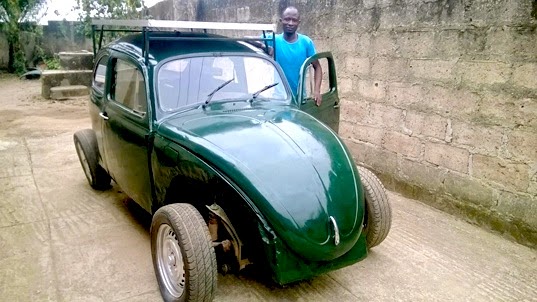 When Amal Clooney gets questioned about her attire while heading into a hearing to take on Armenian genocide and author Colleen McCullough’s obituary leads off with statements about her appearance and weight, we are no more “post-sexism” than we are “post-racism.”

Apparently the movie that is generating all the buzz at the Sundance Film Festival this year – Tangerine – was shot entirely on an iPhone5S.

For all you non-Superbowl addicts (i.e., not real Muricans), Matt Yglesias has asked and answered the 9 questions about the Superbowl you were too embarrassed to ask. But I have one he didn’t cover: How many American households have only one television? Because tonight that will correlate strongly with the number of epic battles over Superbowl vs Downton Abbey.

Finally, before I allow myself to sink into the mindlessness of the never-ending pre-game Superbowl show, here is Adagio in G Minor by Albinoni – the music that inspired The Cellist of Sarajevo.