Especially early on, a lot of liberals got frustrated with President Obama because they thought he didn’t throw enough punches (figuratively) at the opposition. The classic example was when Michael Moore said that he should take off his tutu and put on his boxing gloves.

While it’s true that the President usually prefers to best his opponents by being smarter than them rather than by pummeling them with words, last night at the White House Correspondent’s Dinner, he played with being a rascally fighter (some of us have always known he had it in him). That’s precisely why it was so funny…he was taking on his own caricature.

One of the best bits was when he talked about his (rhymes with)” buckit” list following the 2014 midterms (previously known as his “pen and phone” strategy). But then he brought on Luther, his anger translator. Or as I like to call him, “every Republican’s worst nightmare.” 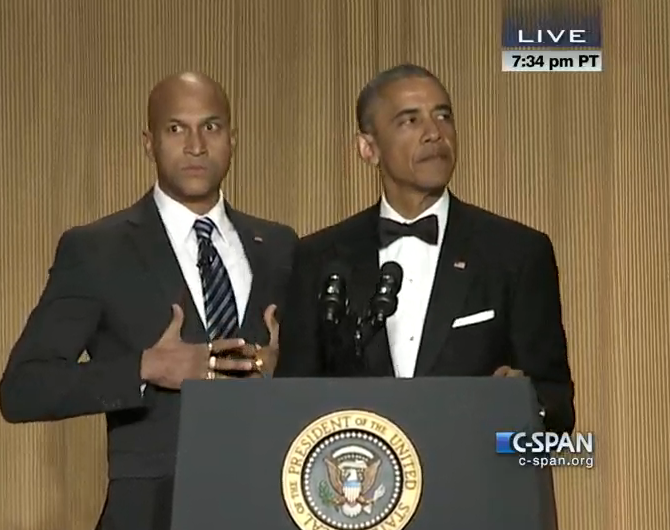 The whole routine was fabulously funny. So if you haven’t watched it yet, I suggest that you do. Enjoy!