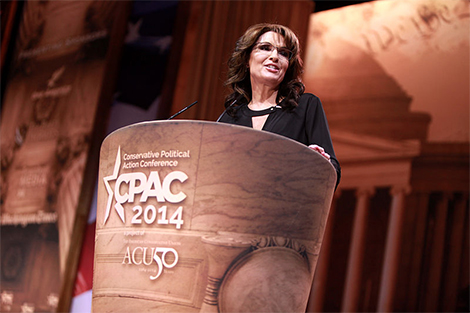 In an indication of the complete contempt in which the campaign against it is held in medical and health policy circles, the idea of Medicare reimbursing doctors for end-of-life counseling is back, as reported by the L.A. Times‘ Noam Levey:

Six years after end-of-life planning nearly derailed development of the Affordable Care Act amid charges of “death panels,” the Obama administration has revived a proposal to reimburse physicians for talking with their Medicare patients about how patients want to be cared for as they near death.

The proposal, contained in a large set of Medicare regulations unveiled Wednesday, comes amid growing public discussion about the need for medical care that better reflects patients’ wishes as they get older….

The American Medical Assn. has recommended the Medicare billing change.

The new proposal from the Department of Health and Human Services would not require Medicare patients to sign any order or even to talk with their physicians about end-of-life care.

Rather, the proposed regulation would allow medical providers to bill Medicare for “advance-care planning” should a patient want to have the discussion.

Despite the growing consensus that better end-of-life planning is needed, the new regulation threatens to revive the “death panel” campaign that Republicans successfully used to demonize the federal health law as it was being debated.

Popularized by former Alaska Gov. Sarah Palin, the charge that the health law included a death panel provision, though universally discredited, became a popular GOP talking point, even though the idea of reimbursing physicians for talking with their patients about advance care directive had been supported by Republicans and Democrats.

So where will the impetus come for a new invincibly ignorant “death panel” attack? Can St. Joan of the Tundra pull it off again, or has her limited credibility begun to sink in even with conservatives?

Major medical organizations endorsed Medicare’s proposal. The National Right to Life Committee opposed it on grounds that it could lead to patients’ being pressured to forgo treatment.

Bingo. For years and years and years the antichoice movement has been deeply invested in the meme that abortion rights advocates were promoting a “culture of death” that would eventually lead to euthanizing old folks and the disabled. That’s why Sarah Palin’s sponsorship of the “death panel” lie was in many respects unsurprising. Her original political base was in the antichoice movement–in which she was a huge celebrity before John McCain put her on the national ticket, thanks to her hard-core policy positions and then her decision to carry to term a pregnancy in the knowledge that the child would suffer from Down Syndrome. So when combined with her taste for conspiracy theories and her less than rigorous commitment to facts, it was easy for her to start raving about “death panels” seeking to snuff out the lives of people with disabilities (like Trig Palin) and the elderly.

So who today is likely to step up to the plate to take on one of the antichoice movement’s most lurid memes? How about one of the seventeen (I think we’re up to that number now with Jim Gilmore’s disclosure that he will announce next week) GOP candidates for president? After all, the imprimatur of support (or at a minimum a gold star of approval) from antichoice groups is extremely important in Republican circles in many states, most notably Iowa. Yet the entire vast field is hard to distinguish from each other in their determination to recriminalize abortion and to appoint Supreme Court justices sure to overturn Roe v. Wade. Why not single oneself out by becoming the new face of resistance to “death panels?” It might even produce a Palin endorsement, which is worth some caucus or primary votes on the margins.

We’ll see who jumps first at this deeply cynical but politically promising opportunity. Your predictions are welcome in the comment thread.