NEW ORLEANS — Throughout high school, Wellington Coleman did everything he was supposed to do to get into college.

He went to one of New Orleans’ ambitious new charter schools, which focus on preparing students for university-level work. He worked hard and got decent grades. And he sent out a pile of college applications.

But Coleman’s timing was bad. Last year, just as he was finishing high school, the door to four-year public universities closed on thousands of students in Louisiana, most of them low-income. That’s because a state policy approved by the Louisiana Board of Regents in 2010 barred those universities from accepting students who need extra academic help, starting last fall.

They can still eventually transfer to a four-year university after completing remedial courses meant to help them catch up. But Coleman, who excels in math and wants to be a computer engineer, preferred to start at one. He was reluctant to go to Delgado Community College, which enrolls about 16,500 students across seven campuses in the New Orleans area; more than 70 percent of them require at least one remedial course.

Community college is a “second choice to most people,” Coleman said. “I didn’t look at any community colleges.” He said he also didn’t want to have to transfer from one school to another mid-way through his college career.

But state policymakers increasingly hold a belief that “four-year universities should exclusively be places for students who are prepared to go straight into college-level work,” said Iris Palmer, a senior policy analyst at the New America Foundation, a nonpartisan public policy organization based in Washington D.C.

And not only in Louisiana. More and more, the least privileged students across the country are being funneled into the least prestigious, lowest-funded institutions, many of them two-year colleges.

This shift is being fueled by arguments that it’s more cost-efficient to have community colleges, rather than universities, specialize in remedial education. Critics counter with concerns about equity — namely, that the policy makes it harder for low-income students to pursue four-year degrees.

The debate speaks to an underlying tension over the future of American higher education: whether the system should funnel students of disparate skills and backgrounds along separate tracks, or let them choose their own paths.

Louisiana is one of several states that have moved to push remediation to the community colleges; others include Ohio, Colorado, South Carolina, and Tennessee.

Although most four-year public institutions here, such as Louisiana State University, have long had admissions standards, a network of less elite four-year public schools including Southern University at New Orleans (SUNO), Nicholls, and Grambling have traditionally been open to most applicants. And that raises another problem: Without open admissions, these campuses stand to lose not only their historical role of taking underserved, academically underprepared students, but also much of their enrollments.

Partly with that in mind, the Louisiana Board of Regents has offered institutions like SUNO a temporary reprieve from the new policy, said Karen Denby, associate commissioner for academic affairs. Denby said some four-year institutions will be permitted until 2017 to enroll students who need just one remedial course. But unless they demonstrate in that time period that they can better serve and retain those students, the ban will resume in two years, she said. 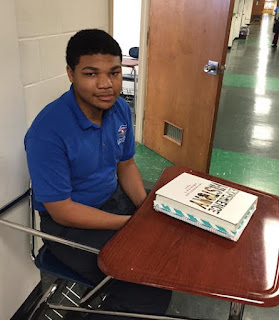 In Louisiana, a student’s need for extra academic support, usually in the form of remedial courses, is judged largely by how well he or she performs on the ACT college entrance test. Those who score below an 18 in English or a 19 in math are routed into remedial courses. The national averages are 20.1 and 20.9, respectively; in Louisiana, they’re 19.4 and 19.2.

This effectively creates a two-tiered higher education system, since higher-income students score higher on the ACT than lower-income ones, according to research.

Last year, the average composite ACT score for New Orleans public school students was 18.4, meaning hundreds of them are eligible only for admission to a community college and not a four-year university.

For their part, community colleges are trying to tell potential students that it’s easy to eventually transfer to four-year universities for bachelor’s degrees. According to Delgado officials, about 13 percent of the students enrolled during the 2013-14 school year transferred to a different two- or four-year institution in 2014-15. They said 49 percent of the students who took a remedial course received a grade of ‘D’ or better that same year. Indeed, it’s hard to combat a longstanding perception that community colleges represent a lesser track.

“The door isn’t closed — it’s just a different pathway,” said Arnel Cosey, vice chancellor of student affairs at Delgado. “I think a lot of students thought the only entry point into higher education was a four-year institution.”

As for Coleman, he found a way to enroll at SUNO — sort of.

He signed up for a new program called SUNO Connect that allows 180 students to take remedial courses on SUNO’s campus through a partnership with Southern University at Shreveport, an historically black two-year public college. The students can live in SUNO dorms even though they are not full-time students or taught by SUNO professors. The program gave the beleaguered SUNO, which was almost forced to close a few years ago, a pipeline to keep students coming, and better odds of survival. Students can enroll as full-time students at SUNO after completing a certain number of credits through the Connect program.

But SUNO Connect has its struggles. Taught entirely by part-time adjunct instructors, it “has the feel of something that is being developed and worked out on the fly,” said Walter Stern, who taught history classes through the program over the last two semesters. During his first semester, Stern said, he had no access to the Internet, no overhead projector, and no copy machine. His classes met in a building that was slated to be torn down. (The level of support has since improved, he said.) Coleman, who said some of the courses are easier than the classes he took in high school, earned the credits he needed after one year in the Connect program. He will start at SUNO full-time in the fall.

Stern said he was struck by his students’ desire to earn four-year degrees, and how hard they had to work to achieve that goal.

One juggled coursework with a day job as a cashier at a grocery store and a night shift at Walmart. A second worked at Taco Bell most nights until 3 a.m., often falling asleep in class. A third, who had a young child and was pregnant with a second, drove school buses to support her family, driving the bus to SUNO to attend Stern’s 12:30 p.m. class and heading straight to her afternoon bus route when it ended.

“It’s kind of remarkable that the students are doing as much as they are doing to try to get into a four-year college,” Stern said.

For all their effort, some students in the Connect program struggled more than Stern anticipated. “The amount of intensive literacy support they need to get up to level to do college work is more than what I can incorporate into a college history course,” he said.

Indeed, the rationale behind the standards was that two-year colleges with extensive remedial programs are better suited than four-year universities to provide intense academic help with the basics, said Denby. “The whole purpose behind admission standards was to try to increase graduation rates and to try to get students lined up at campuses where they can succeed,” she said.

Denby said graduation rates at Louisiana higher education institutions have been “slowly but surely” improving since the state started phasing in the admissions requirements. After holding steady at around 42 percent for several years, the six-year average rate across Louisiana’s public universities rose to 50 percent for students who started as freshmen in 2007, Denby said. But it’s unclear whether that’s because students are faring better, or some are choosing not to go to college at all.

Coleman and several of his Connect classmates think the elevated four-year admission standards are misguided and that community college is not the best option — for them, at least.

But in states including Louisiana, many students now have no other choice.

“I think [the standards] should be lower,” Coleman said. “Everybody should have a chance.”

Sarah Carr is a senior editor for The Hechinger Report. She has written about education for the last 13 years, reporting on battles over school vouchers, efforts to educate China’s massive population of migrant children, and the explosion of charter schools in post-Katrina New Orleans. She is the author of Hope Against Hope, a nonfiction account of New Orleans schools post Hurricane-Katrina, which she reported with the support of a Spencer Education Journalism Fellowship at Columbia University. Carr has contributed to the New York Times, the Daily Beast, Time, the Miami Herald, the New Orleans Times-Picayune, New Orleans public radio and numerous other media outlets. She has won several national awards, including from the Education Writers Association for her work at Hechinger. Carr is a graduate of Williams College and Columbia University’s Graduate School of Journalism.