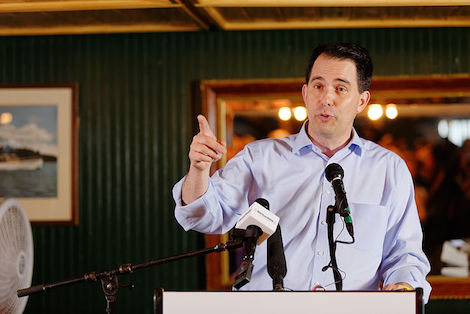 Each day with its fresh pledges by Republicans political leaders to reverse another Obama action or policy intensifies the sense of 2016 as a high-stakes election. The gap in policy commitments and rhetoric between the two parties is as high as I can remember it ever being. Given the closely matched fundamental positioning of Democrats and Republicans, with the history of a third-term “time for a change” sentiment perhaps offsetting Democratic demographic advantages, there is every reason to expect a close presidential general election. So: candidates in both parties can be expected to make “electability” arguments central to their nomination campaigns.

In my weekly TPMCafe column, I decided to cover all of the electability arguments I could discern among the reasonably viable presidential candidates in both parties (“reasonably viable” means I didn’t worry about Jim Webb, Linc Chafee, George Pataki or Jim Gilmore; maybe they have interesting electability arguments but who really cares?). You can read the whole thing, but here was my bottom line:

At some point, of course, “arguments” about electability will be undermined or buttressed by objective polling data and how well candidates do in securing caucus and primary voters. If polls of Wisconsin keep showing Scott Walker being trounced by Hillary Clinton, his electability claims are accordingly weakened. Similarly, if Hillary Clinton can’t “put away” Bernie Sanders in the early states, then assumptions about her general election strength could unravel. And on the Republican side with its vast field, a lot of theoretically “electable” candidates are not going to survive for very long, beginning with the first debate next month when it appears seven candidates will be consigned to a midday kiddie-table event. But the arguments will continue among the survivors, because this is an election both breeds of political animals really want to win, perhaps up to and beyond the point of self-deception.

This last point about self-deception was part of my suggestion that Scott Walker probably has the most compelling electability argument in either party, not so much because it is non-rebuttable but simply because it reinforces something the GOP’s dominant conservative faction really, really wants to believe: it doesn’t have to choose between ideology and electability. From Team Walker’s POV, it is precisely his hammer-head shark characteristics that made him attractive to swing voters in Wisconsin, who respect “principles” and “leadership.” And he’s (theoretically) got the electoral record to prove it. To revive an old term and apply it to a very appropriate phenomenon, this argument is a bottomless crack pipe for conservative activists.