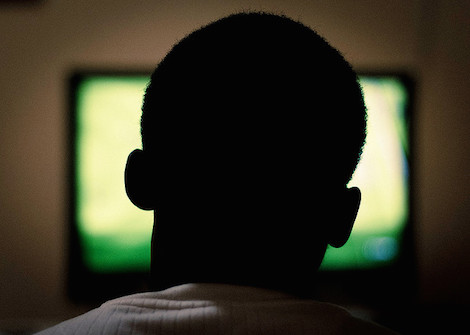 Back on November 9, 2014, by way of introducing the 2016 election cycle, Ben Smith of BuzzFeed issued this short-term prophecy:

At some point in the next two years, the pollsters and ad makers who steer American presidential campaigns will be stumped: The nightly tracking polls are showing a dramatic swing in the opinions of the electorate, but neither of two typical factors — huge news or a major advertising buy — can explain it. They will, eventually, realize that the viral, mass conversation about politics on Facebook and other platforms has finally emerged as a third force in the core business of politics, mass persuasion.

Facebook is on the cusp — and I suspect 2016 will be the year this becomes clear — of replacing television advertising as the place where American elections are fought and won. The vast new network of some 185 million Americans opens the possibility, for instance, of a congressional candidate gaining traction without the expense of television, and of an inexpensive new viral populism. The way people share will shape the outcome of the presidential election. Even during the 2014 midterms, which most Americans ignored, Facebook says it saw 43 million unique individuals engage in the political conversation. Now a rawly powerful video may reach far more voters in a few hours than a multimillion-dollar ad buy; and it will reach them from trusted sources — their friends — not via suspect, one-way channels.

This was sufficiently startling that I included the quote at the end of my book about the 2014 elections–not as a factual statement, but as an indicator of future trends to watch.

But it’s sure looking like Smith’s prophecy (which wasn’t entirely disinterested, since it was made by way of announcing a new data-sharing partnership between BuzzFeed and Facebook) was a mite premature, to put it mildly, per this Steven Shepard piece at Politico:

It’s increasingly clear, as two dozen campaigns and their super PACs plot their strategies, that 2016, will be, once again, about television.

Between campaigns and independent groups, television-ad spending during the 2016 elections is projected to top $4.4 billion. That’s more than a half-billion more than in 2012. And it’s at least four times what campaigns and groups are preparing to spend on their online strategies.

The extinction of the 30-second political television ad has long been predicted as long as that of the bald eagle. In 2011, a columnist for the Daily Beast wrote about the advent of the viral Internet video in a piece called “The End of TV Campaign Ads?”

But that’s not what the roughly two-dozen presidential campaigns are thinking, according to a POLITICO survey of ad buyers and campaign strategists.

“The bulk of advertising is still going to be on TV,” said Brent McGoldrick, who served as the director of advertising and analytics on Mitt Romney’s 2012 presidential campaign and is now CEO of Deep Root Analytics, a Republican ad-targeting firm. “It is a proven medium. It is a medium that most campaigns and most consultants are used to.”

It’s also the medium still relied upon by those more-likely-to-vote older folks.

Sure, online strategies–not to mention data-driven GOTV operations–will matter more than they did in 2008 or 2012, but perhaps only incrementally. And instead of this being the “Facebook election” or the “Snapchat election” or the “Meerkat election,” it’s more likely campaigns will experiment constantly with various avenues for reaching potential voters.

For the time being, the Idiot Box will retain its central importance.