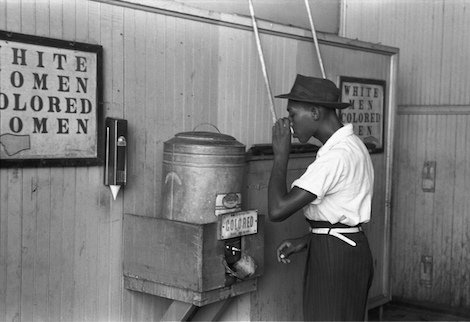 As I noted briefly at Day’s End yesterday, Keith Humphreys raised an important question at Ten Miles Square about the relevance of questions posed to presidential candidates about problems that are really local in nature, such as policing policies.

The Green Lantern Theory of Politics is the naive idea that political actors are not truly constrained by other political actors, but in fact can do anything given sufficient willpower. In recent years it has been used mainly to blame President Obama for not forcing Congress to do a broad range of things, when in fact Congress is an independent and co-equal branch of government that the President does not control.

Most of what is being written and said about what the current presidential candidates should do to stop police brutality toward people of color suffers from a related misunderstanding, which to keep with verdant terminology we can call Emerald City Theory. Emerald City Theory holds that all aspects of U.S. policy are controlled from Washington D.C. In L. Frank Baum’s books, the Emerald City was at the center of the Land of Oz. If you had a problem all you had to do is walk the yellow brick road to this seat of power, which oversaw all aspects of life throughout the realm.

In some policy areas, for example those concerning the economy and health care, there is a great deal of truth in Emerald City Theory. But for others, such as education and criminal justice, Washington simply isn’t where most of the action is in our federated system of government.

Keith doesn’t say this, but you could add that the effort to “federalize” law enforcement was a central aspect of the “war on drugs” frenzy of the 1980s, creating a federal wing of the mass incarceration policies we are now trying to dismantle.

On the other hand, if you are at the weak side of a local power arrangement in a place like, say, Ferguson, Missouri, are you supposed to say “this is a local problem” and refuse to ask for the help U.S. citizens are–via the 14th amendment–empowered to expect when they are denied due process or equal protection of the laws? If you really think about it, Jim Crow laws were “state and local matters” until the rest of the country decided they weren’t.

Humphreys acknowledges this in part:

To be sure, residents of the Emerald City can and should acknowledge the pain of the victims, use the bully pulpit to condemn racism, and launch federal investigations where needed. But none of these things will have the impact of even a single large American city’s mayor and police chief deciding to take on the issue.

Maybe, though the federal government does have levers beyond federal investigation for influencing law enforcement policies, up to and including federal civil rights laws that create a right of action against local officials who do not perform their duties without discrimination.

In any event, it’s important to acknowledge the “yellow brick road” to Washington is not always the only or the best avenue to pursue to seek redress for bad policies or injustices, and whether or not you like traditional jurisdictional arrangements, they are a reality. But you cannot expect victims of brutality to care a whole lot about that, any more than civil rights demonstrators in Alabama in 1963 cared about the authority claimed by Bull Connor as he was using police dogs and fire hoses on them. The smart candidate for president will be responsive to demands for redress, but will then be able to channel those demands into the most effective remedies.