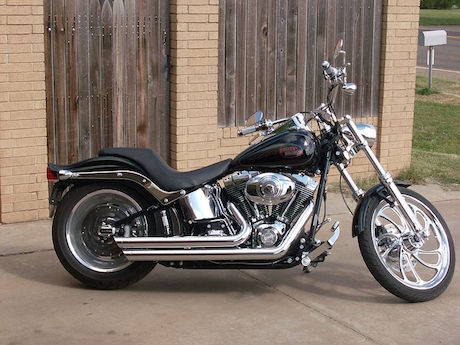 Some news reports require no elaboration, like this one from Reuters’ Emily Flitter:

For Wisconsin Governor Scott Walker, there’s something awkward about the Harley-Davidson motorcycles that he has been posing on at presidential campaign stops: each one bears a sticker on its frame that reads “Union made in the USA.”

Walker has made the iconic American brand a centerpiece of his campaign kick-off tour this month, visiting four dealerships and sometimes showing off his own 2003 Harley Road King as he seeks to harness its appeal to older white male voters.

But there is another side to Harley that the Republican candidate has been less vocal about — it is a leading example of a successful company that has a strong relationship with labor unions….

Some of the people who build Harleys – more than a thousand of whom are unionized workers in Wisconsin – are fuming over Walker’s prominent use of the bikes in his campaign.

“He’s trying to make a name for himself by saying ‘I took on 100,000 union workers’ – and he’s on our bikes,” said Andy Voelzke, 57, who works at Harley’s plant just outside Milwaukee and is a member of the United Steelworkers union.

“It’s just such a contradiction.”

Walker’s lucky some of these workers haven’t decided to go all Sons-of-Anarchy on his bike-riding posterior.