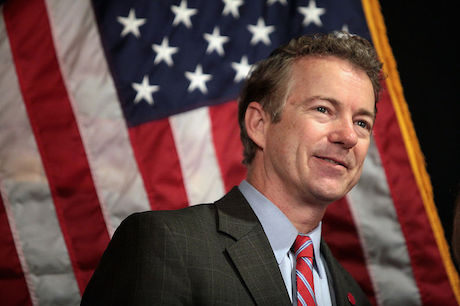 While we are on a roll this morning talking about the flareup of radical antichoice sentiment in the GOP: if you’ve been wondering how a “libertarian” pol like Rand Paul (or for that matter, his old man) can be a systematic RTLer, Dave Weigel (in one of his first pieces published since he returned to WaPo) reports that the youngish libertarians in Paul’s circle do not, as a rule, seem to subscribe to the pro-choice positions of the classical libertarian thinkers like Murray Rothbard.

Weigel attributes this in part to the influence of partisan politics. The libertarianish folk who have chosen to pursue their goals through the GOP have joined a party where opposition to legalized abortion is pretty much a precondition for getting through the door (there are a few exceptions, usually in deep-blue country, but not that many any more). It’s telling that in the Libertarian Party, free of alliances with conservative Christians, candidates are typically pro-choice.

Right now, though, suggests Weigel, the campaign to defund Planned Parenthood also tugs at libertarians’ anti-government heartstrings. Yeah, I guess you could say most of Rand Paul’s following would like pretty much to defund everything, so why not Planned Parenthood, too?

But clearly libertarian-leaning Republicans have come a long way since the days when Ayn Rand regularly denounced Ronald Reagan for being antichoice and engaging in the Mysiticism of the Mind (religion).