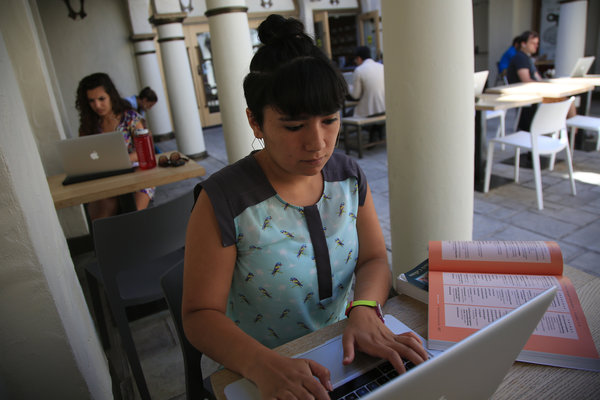 Over the weekend, a new story from the NYT’s Motoko Rich came out, describing teacher shortages in various parts of the country including California, and the resulting scramble that’s taking place.

Three days of tumultuous debate later, it seems clear that the extent and cause of a teacher shortage are a subject of intense importance and disagreement among education reformers and their critics — and that the idea of a teacher shortage is a back-to-school 2015 narrative that journalists just can’t get enough of.

Just today, there are segments on it on public radio talk shows like WAMU and WBUR.

The front-page NYT piece, titled Teacher Shortages Spur a Nationwide Hiring Scramble (Credentials Optional), is a two-pher for Rich, who gets to touch on both the notion of a teacher shortage and also the issue of teacher credentials and preparation being lowered (which seemed to be her real angle):

“Schools are looking for applicants everywhere they can — whether out of state or out of country — and wooing candidates earlier and quicker. Some are even asking prospective teachers to train on the job, hiring novices still studying for their teaching credentials, with little, if any, classroom experience.”

Rather than welcoming a story about critical shortages and dangerously watered-down standards, however, the immediate reaction from school reform critics and teacher allies was to criticize it for not addressing the possible causes of the shortages, which in their minds are largely due to the onslaught of criticism being directed at classroom teachers.

AFT head Randi Weingarten picked up that theme, noting on Twitter that the “national teacher shortage has economic causes, of course-but total lack of respect for teachers plays a huge role.”

However, at roughly the same time came a strong critique of the Times story and some of these arguments from Kevin Huffman, the former Tennessee state department of education chief, who viewed the Rich story as overly credible on the issue of whether there’s a real teacher shortage in the first place.

In his piece (Teacher Shortage Cry Misses Real Crisis in Teaching Supply), Huffman writes that “there have always been shortages in particular regions and particular subject areas.” But “the media’s ceaseless determination to treat this as a “national shortage” is as wrong-headed now as it was five, 10 and 20 years ago.” He cites a Valerie Strauss column in the Washington Post, as well as the NYT front page story.

Another related example of a hotly-contested figure is the percentage of new teachers who leave the profession within five years. According to some reports, such as a recent PBS NewsHour segment, that number is 40 percent. According to others, including education researcher and advocate Dan Goldhaber, the number is more like 17 percent. This has also been reported in the Washington Post by Emma Brown.

Who cares about the numbers? Whether there’s a teacher shortage — and if so, why — are not just academic issues. They are important parts of the broader education debate going on among moderate and liberal Democrats and to a smaller extent Republican moderates and conservatives. They have already been referenced in the campaign for the White House.

Reform advocates generally believe that teachers haven’t been targeted by their efforts and remain well-respected members of society. Reform critics generally believe the opposite. Disrespect towards classroom teachers has become a fairly common argument made online and in print. Former education writer Dana Goldstein goes so far as to claim that the current situation rises to the level of a “moral panic” in her recent book, The Teacher Wars (now out in paperback!). The Huffington Post’s Rebecca Klein recently published an amusing “recipe” for creating a teacher shortage.

In this context, the treatment and experiences of the nation’s 3.2 million classroom teachers are considered nearly as important an indicator of the education system’s well-being as the experiences of 50 plus million students.

For what it’s worth, perhaps the most balanced piece I’ve read recently about the realities behind the teacher shortage numbers — regional, demographic, etc. — come from EdWeek’s Ross Brenneman.

My only real contribution to this discussion is complain about the use of the word “nationwide” and the term “across the nation,” which seems lazy and misleading when what we’re talking about are pockets and regional dynamics within and among states and by subject area and grade level.

For example, Rich’s piece in the NYT includes a broader case about shortages that I don’t think is supported by the facts. She writes “In a stark about-face from just a few years ago, school districts have gone from handing out pink slips to scrambling to hire teachers. Across the country, districts are struggling with shortages of teachers, particularly in math, science and special education — a result of the layoffs of the recession years combined with an improving economy in which fewer people are training to be teachers.”

However, the piece cites Louisville, Ky.; Nashville; Oklahoma City; and Providence, R.I., and Charlotte, N.C. as big districts with shortages this year — along with a handful of California districts.

Much better is the Tom Ashbrook intro to his On Point segment: “Teacher shortage is not a wall-to-wall national phenomenon. But there is a patchwork of teacher shortage hotspots across the country that has schools scrambling.”

What’s wrong about using words like “pockets” and “patchwork”? Sure, they’re less compelling than “nationwide” or “nationally” but they’re also so much more accurate. As I’ve written before, the average reader doesn’t understand the code that journalists use when they employ those other terms and phrases, and is thus more alarmed than she or he would otherwise be.

As to the larger appeal of the teacher shortage narrative, I don’t have any hopes it will end anytime soon, regardless of whether it’s accurate or not. The storyline is timely, it’s somewhat dramatic. It’s something to write about while we wait for Common Core test results.

But it also whipsaws readers who may recall stories about mass layoffs and new teachers not being able to find jobs, plays into education advocates’ hands (on both sides), and could ultimately be misleading and undercut reader confidence. Reporters who write about it carelessly or overly broadly aren’t helping keep the public informed, improving their reputation, or doing anything for education.