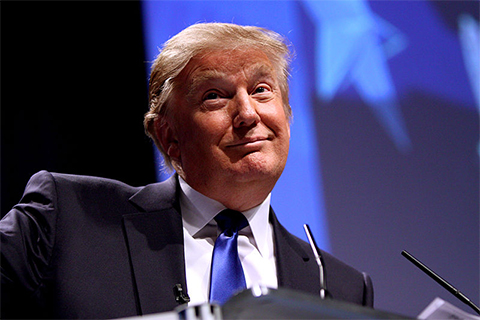 Yesterday one of the country’s most prominent conservative pundits, the New York Times‘ Ross Douthat, made a concession that seems rather obvious to liberals, but that in the past might have caused him to be excommunicated from his own tribe:

[F]rom the point of view of the Republican Party’s positioning vis-a-vis the wider electorate, the mere possibility that the party could be riven from within on taxes ought to be a signal — the latest of many — that too much of the G.O.P.’s tax agenda is being set by factions at the commanding heights of the party who are out of touch with what’s going on below them, let alone in the electorate as a whole.

This out-of-touchness has a signal theme of my own (modest) faction, the reform conservatives, whose preferred tax vision (in its varying forms) basically seeks a rebalancing of conservative tax policy, an approach that’s still responsive to supply-side and pro-growth ideas but also addresses both the anxieties of middle class families and their (accurate) sense that parts of the system are tilted to benefit the rentier class . But so far the only 2016 presidential candidate to attempt this rebalancing has been Marco Rubio … and in the end, his blueprint still reflected the o’erweening influence of the donor class’s demands, which is why it ended up paying for its middle class tax cut by just not paying for it, and promising implausible revenue growth instead.

I don’t expect a Trump tax blueprint, if any such thing actually emerges, to offer a rigorous alternative to Rubio’s plan or anyone else’s. (Nor am I at all certain about the merits of closing the carried-interest loophole for hedge funds, for that matter.) But as I wrote last week, I’m hopeful about the effect Trump’s flourishes and forays might have on the wider G.O.P. policy debate.

Douthat is reacting to reports that Donald Trump is going to release a tax plan that includes provisions that will raise taxes on wealthy people (including the hedge fund managers’ little friend, the carried-interest loophole), as he has suggested in the past.

The big question Douthat is posing (for the second time in two days) is whether Republicans will make Trump’s departures from orthodoxy on taxes and other issues simply another reason he must be crushed without concessions (if they can figure out how to do that!) or an occasion to liberate themselves from the constraints on debate said orthodoxy had imposed on them. This is most obviously the case on taxes, where a single man–Grover Norquist of Americans for Tax Reform–sits atop a vast enforcement mechanism for ensuring no Republican politician can support an increase in effective tax rates, especially on the wealthy. Is it possible Grover can be toppled? Could he at least relax his litmus tests? These are among the questions the Trump ascendency has now raised.