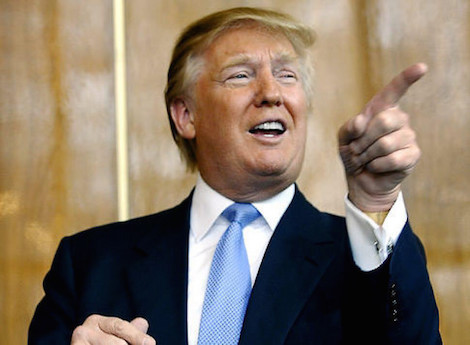 There’s a powerful tendency in the chattering classes, impervious so far to contrary data, to think of Donald Trump as just a summer sideshow that will close down directly once the real candidates–you know, Jeb!–get in gear and Party Elites send down the word that the base has had its fun and now needs to get into line. You don’t have to think he’s actually going to get the nomination (and I still don’t, though I wouldn’t bet the farm I don’t have on it at this juncture) to understand he’s having an impact on the GOP and indirectly the country.

Most obviously, no Republican who wants to seriously compete for the nomination is going to get all loud-and-proud about comprehensive immigration reform, no matter what’s down there in the footnotes of their policy tomes.

But my biggest fear has been that Trump’s poisoning the well for criminal justice reform at the federal level, and Michael Grunwald shares it:

But the Kumbaya reform moment may not survive the Summer of Trump.

After roiling the politics of immigration with jeremiads about border walls and Mexican rapists, Donald Trump has scrambled the politics of crime by running as a pro-cop, anti-thug “law-and-order” candidate, denouncing rioters in Baltimore and Ferguson, vowing to “get rid of gang members so fast your head will spin.” And as with immigration, his rivals are echoing his appeals to the angry id of their party’s white base, distancing themselves from bipartisan reform. Bush is now touting his own “eight-year record of cracking down on violent criminals” as governor of Florida, while attacking Trump as “soft on crime” because of his past support for Democrats and marijuana decriminalization. Candidates like Cruz and the usually Koch-friendly Scott Walker are also trumpeting their toughness on criminal justice issues, blaming President Barack Obama and the Black Lives Matter movement for recent attacks on police officers. In this climate, it’s even harder than usual to imagine GOP congressional leaders bucking their base to push reform.

Trump has been dismissed as a sideshow, but for now at least, he’s the main show.

I suppose it’s possible that a Republican presidential candidate or two will decide to get attention as someone who’s “fighting” Trump on this or that issue instead of positioning him- or her-self to inherit his support when whatever it is that’s supposed to strike him down finally happens. But I wouldn’t count on it, particularly on an issue–crime–that ismore viscerally immediate to angry and frightened white people than immigration.