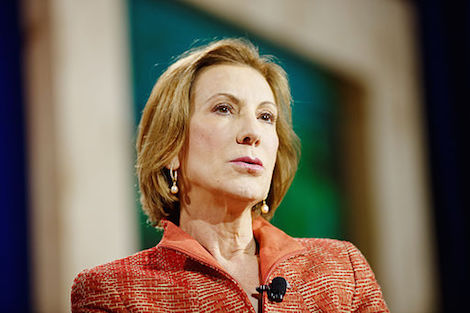 After seven live-blog segments last night and reaction pieces written in the wee hours for Politico and for TMPCafe, I probably don’t need to say much more about last night’s CNN Republican presidential candidate debate. As I predicted minutes into the long and stormy event, the punditocracy has indeed embraced Carly Fiorina as the big winner, with many hoping she’s dealt a lethal blow to Donald Trump. Beyond that, it seems everybody’s rating the performances according to their personal tastes and prejudices.

All I’ll add now is to underline a conclusion I reached while writing the TPM column: whatever else it did, the debate did not solve any of the GOP’s problems, the ones that were beginning to bring party elites to near-hysteria as summer gave way to fall. Yes, Trump suffered some uncomfortable moments, but not as many as in the first debate, and we saw how the fallout from that one worked out. Yes, one unqualified (and quietly zany) “outsider,” Ben Carson, hurt himself, but another, Carly Fiorina, will probably get her own “boom” now. And nothing that happened made it easier for the Party Establishment to unite behind its own champion and try to force a “winnowing” of the field. So heading into the final stages of the Invisible Primary, with all sorts of external factors roiling the GOP ranks, it’s still a crazy and dangerous cycle for Republicans.

And speaking of crazy, the “J.V.” debate revealed the id of the conservative movement on full display in a way that only occurred sporadically in the main event. Bobby Jindal is rapidly perfecting and radicalizing what I’d call his Trumpism Without Trump pitch, which mainly involves shrieking at congressional Republicans for not taking the most extreme strategic and tactical approaches available on every subject. That means, inter alia, shutting down the government over Planned Parenthood; using the nuclear option to pass a resolution of disapproval on the Iran Nuke Deal; defying the Supreme Court over same-sex marriage and Obamacare; you name it. Just as interestingly, the candidate who kept schooling Bobby on the counterproductive nature of such tactics, Lindsey Graham (us lawyers particularly enjoyed his patient explanation of Marbury v. Madison to Jindal as though he was a backward child), then spent the balance of his time trying to establish a litmus test whereby all candidates where required to promise to send tens of thousands of American ground troops back into Iraq, and maybe Syria and Iran, too, to “kill as many of the bastards as we can get our hands on.” Republicans are lucky the J.V. debate probably didn’t draw that high a viewership; it was like a bad episode of True Blood.

All in all, not a very edifying night for the Grand Old Party.

UPDATE: Sarah Posner makes a very good point this morning that I hadn’t really thought through: Carly Fiorina’s graphic little discourse on the Planned Parenthood sting videos could make her a total iconic figure to the antichoice movement, and beyond that, to the Christian Right. That’s an asset that’s a lot more durable than the temporary adulation of pundits. But still not quite sure what anyone can do about her resume.