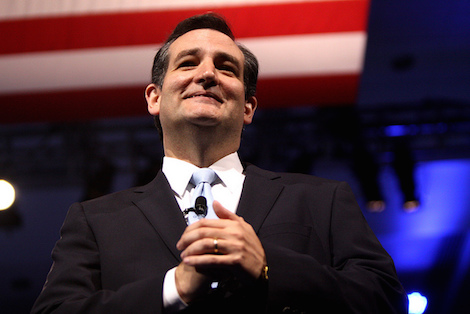 In what may owe less to the talents of the people involved than to the desire of other campaigns to claim some sort of rhetorical momentum not yet grounded in reality, the Rubio, Cruz and Bush teams are laying quick claim to Scott Walker staffers and supporters.. Daniel Malloy of the Atlanta Journal-Constitution uses an appropriately goulish metaphor for the pursuit of Walker folk in Georgia:

The first beneficiary of the end of Scott Walker’s presidential campaign is the other new-generation Republican in the race who is presenting himself as a fresh face ready to shake up Washington: Florida Sen. Marco Rubio.

Mr. Rubio is set to inherit about two-thirds of Mr. Walker’s big-donor fundraising apparatus, according to a member of the Wisconsin governor’s national finance committee.

That would be Jerry “No Relation!” Kilgore, the guy who blundered his way to a gubernatorial defeat a decade ago.

Yeah, the pickings are pretty slim.