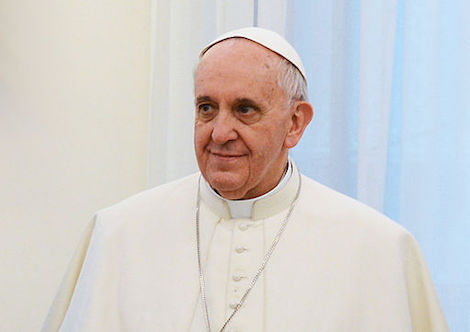 Pope Francis’ address to Congress (here’s a link to the text as prepared for delivery) this morning probably surprised a lot of people looking for papal fireworks. The climate change material was drastically understated, probably because Francis is saving it for his address to the UN. The “religious liberty” appeals that dotted his utterances yesterday were understated as well. The one allusion to abortion was immediately overwhelmed by a more explicit call for an end to capital punishment. And anyone looking for this Pope’s support in culture wars had to be chastened by his criticism of polarization and his attack on all sorts of religious “fundamentalism” (not a term often used in Catholicism).

From a quick reading the most pointed passages of the speech seemed to be those urging Americans to be more welcoming to immigrants from the southern portions of the Western Hemisphere, which is of course the Pope’s own home; this treatment also implicitly links the immigration saga in this country to the refugee crisis in Europe, and also to the set of grievances against wealthy countries that Francis has talked about elsewhere. But on this subject as on all others, the Pope chose to celebrate America’s positive traditions and urge Americans to live up to them. And so his speech will leave many listeners relieved, and others disappointed.

This will not, of course, prevent the spin wars over Francis’ speech that Sarah Posner and I warned about from breaking out. Those emanating from immigration reform advocates probably have some substance; I’m not so sure about others.

UPDATE: I will have to say, on further reflection, that it’s not “spin” to be impressed with Francis’ prominent and laudatory references to Dorothy Day, a self-identified Christian Socialist and founder of the Catholic Worker movement. It’s not like some antichoice protester or Catholic “job creator” got shoehorned with Abraham Lincoln, Martin Luther King and Thomas Merton as great American inspirations.