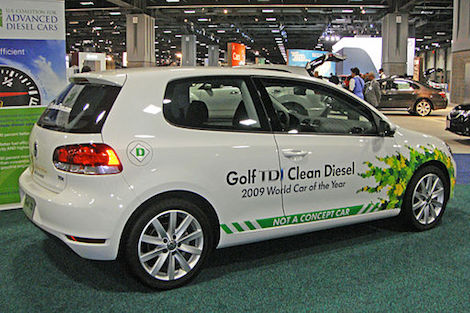 How many people did Volkswagen kill with their conspiracy to rig the diesel emissions tests? Kevin Drum has come up with a back-of-the envelope estimate of 12 in California. For the world, it’s much, much higher.

Step one: VW have admitted that the engine controllers may have been fitted to 11m vehicles worldwide. The Guardian has estimated the excess emissions:

A Guardian analysis found those [482,000 VW and Audi] US vehicles would have spewed between 10,392 and 41,571 tonnes of toxic gas into the air each year, if they had covered the average annual US mileage. If they had complied with EPA standards, they would have emitted just 1,039 tonnes of NOx each year in total. The company admitted the device may have been fitted to 11m of its vehicles worldwide. If that proves correct, VW’s defective vehicles could be responsible for between 237,161 and 948,691 tonnes of NOx emissions each year, 10 to 40 times the pollution standard for new models in the US.

Contemplate these numbers for a minute. It’s not a good estimate, and every step in the calculation added extra uncertainty. But the errors are likelier to be on the downside than the upside. Epidemiologists are conservative folks, especially when their findings upset powerful lobbies. People die from asthma in Brighton and other British towns below my arbitrary cutoff. A lot of the British NOx is emitted from tall power station chimneys, where it is diluted and blown over to an ungrateful Scandinavia: the car emissions are at ground and lung level, and proportionately far more harmful. I have left out the fine particles; not because they don’t kill too, but because it’s not clear whether the VW emissions rigging led to an increase there as well as in NOx. I maintain that the estimate must be the right order of magnitude. Volkswagen have probably killed thousands of people. Those they merely made very sick are in the tens of thousands. Mark is right to call for criminal prosecution and bankruptcy.

My headline is sensationalist but not false. We tend to think of respiratory disease as a problem restricted to older people, but that’s a mistake. UCLA Professor Beate Ritz:

This article focuses on health effects that ambient and traffic related air pollution has on pregnant women, their infants, and young children. [….] Evidence is accumulating that environmental exposures can cause infants to be born premature (before 37 weeks of gestation) or low weight (less than 2500 grams, or 5.5 pounds), or to be born with certain birth defects. These babies are far more likely to die in infancy, and those who survive have high risks of brain, respiratory, and digestive problems in early life.

The EPA’s emissions tests were faulty. But they were good enough to keep diesel cars to 3% of the US market, saving hundreds of lives. It was as big a deal as the FDA’s great stand against thalidomide.

We can be sure that prosecutors have already opened large files on the case. I imagine the conversations.

Prosecutor #1: I’m looking at RICO for this. We need to catch the men in suits who ordered the crime, not just the Dilberts who coded it. I like the bit about impounding the assets once we indict.

Prosecutor #2: How about charges of second-degree felony murder? The felony is conspiracy to defraud. I can make it stick in California law as “inherently dangerous” like running a meth lab or setting fire to a car. The deaths aren’t even accidental; VW knew that air pollution is harmful, even if they didn’t know at the time how much.

Prosecutor #1: Our big problem is getting the perps extradited. I reckon we will have to trade my RICO charge to get this, as Winterkorn * may be able to challenge it as contrary to the German constitution. Once we’ve got them here, we plea bargain your murder charge to get 10 years for the open-and-shut conspiracy.

I may well have got this wrong – American prosecutors are probably nowhere near this soft.

Martin Winterkorn has just resigned as VW CEO. He presents this as nobly falling on his sword to protect the company, as he knew nothing and wasn’t CEO at the time. Hah. He was responsible for technical development at Volkswagen from 1996, at board level from 2000. Earlier he had worked as an engineer for electronics supplier Bosch.Â  “I am a lazy incompetent, and only came into the office for the free coffee?” More likely his personal lawyer has pointed out that from yesterday his interests and Volkswagen’s are opposed – the company needs whole flocks of scapegoats, including bellwethers, and he wants to stay out of American jail. If it were me, I’d be looking at Caribbean islands without extradition treaties with the USA. Cuba can be nice.