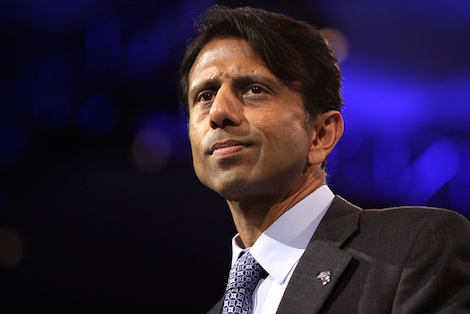 In an interesting First Read item about early TV advertising in the 2016 presidential race, we learn the following:

How much does money matter in the current presidential contest? So far, not that much — at least in terms of those who have spent the most on TV ads. Indeed, with a few exceptions, our list of the biggest spenders in the TV ad wars looks like an INVERSE to the current polling, according to the latest ad-spending data by NBC partner SMG Delta:

*Team Rubio: $3.9 million (all from the outside group Conservative Solutions)

By contrast, these are the campaigns/outside groups who aren’t spending – or who barely have:

First Read goes on to contrast the single-state efforts of two particular candidates:

Kasich has spent nearly $5 million in TV ads (all in New Hampshire), and he’s gone up in the polls. Jindal and his supporters have spent $2.5 million (all in Iowa), and he really hasn’t.

In other words: you may think of Bobby Jindal as this right-wing insurgent candidate living off the land Guevera-style, but in terms of his top priority state, he’s actually out-spending most of the field on TV ads, and so far, it’s not lifting him from second- or third-tier. Couldn’t happen to a nicer guy.