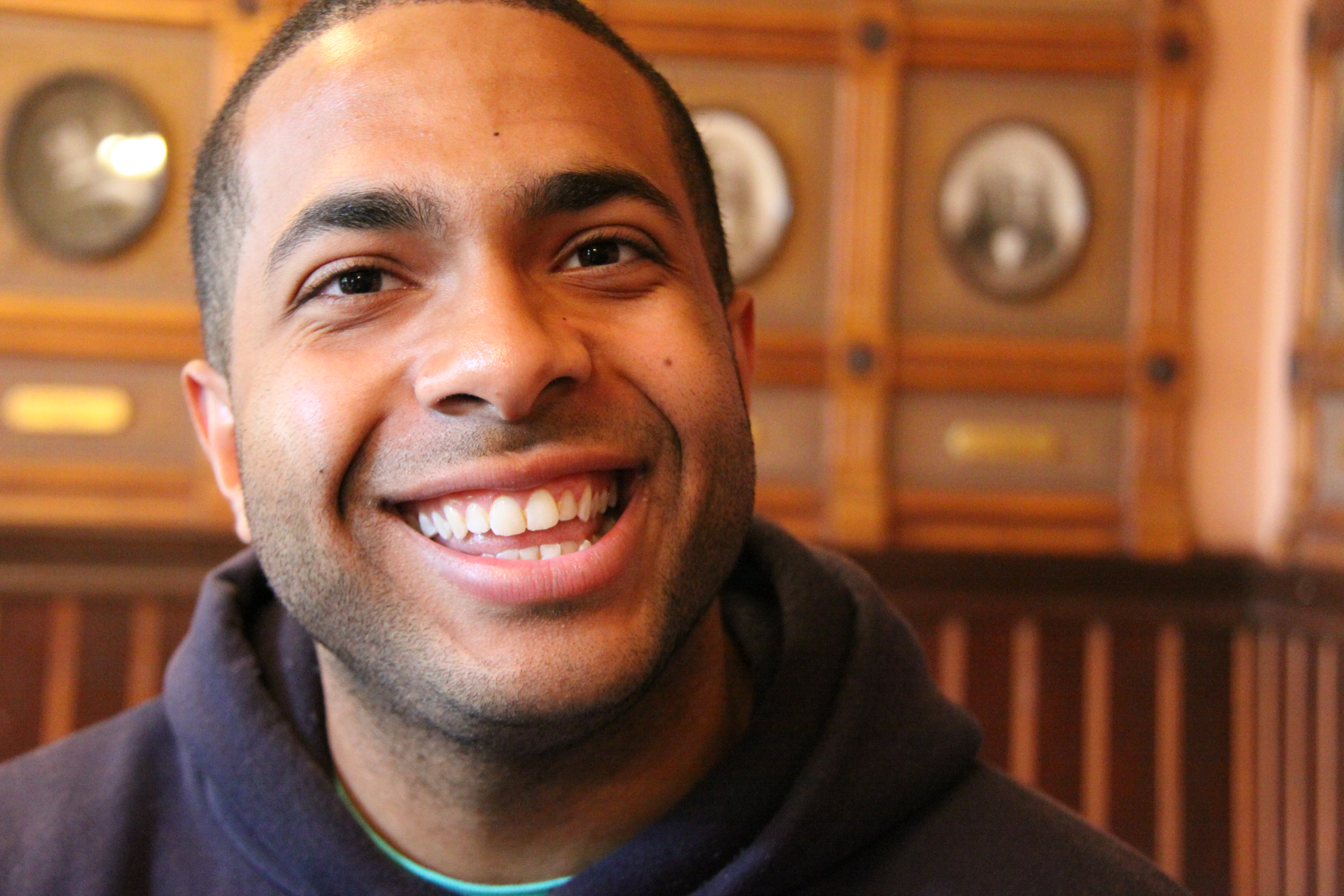 Chris Wadibia is a 21-year-old Government and Theology student at Georgetown, who says Pope Francis is a “rockstar” among students at the university. (Kirk Carapezza/WGBH).

On the day that Pope Francis was set to land in Washington, D.C., On Campus visited Georgetown University – the oldest Catholic university in the U.S. – and talked to students about how the pope is changing the climate on campus.

During our visit, we heard from many students and faculty, but couldn’t include them all in our four-minute story. Among them was 21-year-old Chris Wadibia, who’s studying Government and Theology at Georgetown. Here’s a snippet of my interview with Chris:

On how students at Georgetown feel about Pope Francis and his visit:

I’ve noticed there’s a buzz in the city. D.C. gets heads of states; we have officials all the time. But I feel that there’s a buzz that I haven’t seen with any other official. Pope Francis is a rockstar to Georgetown students. I have never, honestly, heard a Georgetown student speak negatively of Pope Francis. I think even with the last Pope – I remember students said that he was a big fan of his shoes – the red Prada shoes. And while that’s cool and all, for some students that might be indicative of a Pope who’s more concerned with his fashion sense than with serving. But with Pope Francis; with efforts in regard to religious dialogue; with his passionate heart to engage individuals often ostracized by the church, like the LGBTQ community; matters relating to migration… I think that students on this campus positively revere Pope Francis. I think that’s indicative of the fresh character that he’s brought to the papacy.

On policies Georgetown should change to mirror the Pope’s mission:

I would like to see the university take more aggressive steps with regards specifically to freedom of speech, also welcoming any individuals that at times might feel like they’re ostracized because they don’t identify with traditional catholic dogma – whether that be individuals from LGBTQ communities, whether that be undocumented students that attend this university. I love Georgetown. Georgetown is my home. And I will always be loyal to the hilltop. But just because you love a place doesn’t mean that you shouldn’t voice your opinion when you think that that place can be improved. And so I think the university can take steps in that regard specifically.

On whether Georgetown should stick to policies of the Church, seen by many young Catholics as too conservative:

I think that there’s a difference between departing from doctrine and growing with changing times. I think that the nature of the church’s doctrinal beliefs are like roots. If you think of an oak tree, there are roots. But when you think of an oak tree, as seasons change, the tops of that tree change as well. The leaves fall and they come back to life. I think that there are certain aspects of the church, from a biblical perspective, that are doctrinal, dogmatic roots that should always be present. The notion that God is an unconditionally loving God; references to Christ Jesus as the son of God; I think things like that should never change. But I think that maybe ideas of welcoming individuals that feel ostracized by the church. For example migrants; individuals from the LGBTQ community; Atheists; Muslims. I would like to see the church, holistically speaking, truly greet others as brothers and sisters.