Reactions to the “Responsible Ohio” cannabis-legalization initiative have a lot to tell us about the changing politics of the marijuana question. No much of what they have to tell us is encouraging.

Cannabis policy change in the United States has been driven, until now, by people whose interest in the matter was primarily non-commercial: pot smokers yearning to toke free, culture warriors of the (cultural) left, libertarians, criminal justice reformers concerned about arrest and incarceration, and people who think that it’s bad policy to criminalize the behavior of tens of millions of people unless there’s a stronger reason to do so than the risks of cannabis create.

Not that economic interests have been entirely absent; Dennis Peron was in the business of selling “medical marijuana” when he spearheaded Proposition 215. But Peron was also a righteous stoner; there’s no reason to doubt the sincerity of his expressed opinion that “all marijuana use is medical.” But the main funders of the recent initiatives, and of the big marijuana-legalization groups, have been ideologically-driven billionaires such as George Soros and the late Peter Lewis.Â  (How old am I? Why, I’m s-o-o-o-o-o-o old that I remember when billionaires weren’t a branch of government.) And the people doing the work have been, for the most part, true believers rather than hired hacks.

That has begun to change. Americans for Safe Access has morphed from an advocacy group for medical-marijuana patients to, in effect, a trade association of medical-marijuana growers and sellers. The National Cannabis Industries Association has taken things even further, hiring a Washington lobbyist who might have been provided by Central Casting: about as far, culturally, from a typical NORML or MPP activist as it’s possible to imagine. 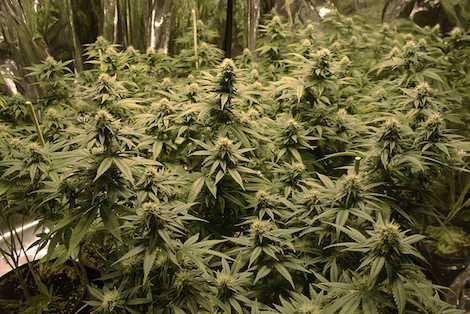 Inevitably, then, the marijuana movement has begun to give way to the marijuana lobby. To be sure, I’ve had my share of clashes with movement folks, and I haven’t always been impressed with their policy acumen or their standards of argument, but I’ve never seen any reason to doubt that they’re advocating the public interest as they perceive it. The people now being hired by the guys in suits doing cannabis-business stock promotions play by different rules. I expect them to have about the same ethical standards as lobbyists for the alcohol, tobacco, pharmaceutical, food, and fossil-fuels industries: that is, I expect them to be utterly willing to sacrifice human health and welfare on the altar of the operating statement, just like those folks at VW who decided it would be a cute idea to poison the air just a little bit to goose the performance of their diesel-driven cars.

I’m mostly worried about the fact that, in order to sell a lot of cannabis, you have to sell to people with cannabis use disorder; responsible use simply doesn’t go through enough ounces. (A three-joint a day smoker – of whom there are currently a few million – consumes something like 100x as much cannabis as the median smoker, who uses once a month or less.) So I expect the lobby to be even more indifferent than the movement has been to the risks of increasing cannabis use disorder, which has already grown about a factor of seven since 1992.

But we can also expect direct raids on the public purse. The most outrageous current example is Responsible Ohio, which might politely be described as an open conspiracy to defraud Ohio taxpayers. A group of ten entrepreneurs put up $2 million each to draft and circulate an initiative petition to legalize cannabis growing and sale in Ohio. The proposal – which, if it passes next month, will be written into the Ohio constitution – will allow pot to be grown only on ten parcels of land, specified in the proposition. By some freaky coincidence, it just happens that each of the generous-spirited citizens sponsoring the proposition – including, inevitably, a Taft – turns out to be the owner of one of those parcels. So they are attempting to grant themselves oligopoly control over the cannabis market in perpetuity.

Note that the result will be higher prices than would otherwise obtain, and that those of us concerned with the public-health impact of free-market legalization think that higher prices are desirable. So you can think of the Responsible Ohio proposal as fairly sensible drug policy combined with the brazen theft of public property. (Because of course you could get the same price increase via taxation, with the other taxpayers of Ohio benefiting instead of the greed-heads behind OR.)

I’m glad to see from my Twitter feed that some prominent legalization advocates, including Ethan Nadelmann of the Drug Policy Alliance, Dan Riffle of the Marijuana Policy Project and Tom Angell of the Marijuana Majority, have strongly denounced this piece of open banditry. But I’m sorry to see that none of the prominent legalization groups (including DPA, MPP or MM) has actually come out against the proposition, and that NORML has actually endorsed it. Apparently the tribal nature of the marijuana issue just makes it impossible for any pro-legalization group to come out against a legalization measure, no matter how appallingly drafted.

So the laxity of the marijuana movement in the face of this outrage by the marijuana lobby is fully understandable. But that doesn’t make it admirable.

Footnote Yes, the basic blame goes to the elected officials of Ohio; there’s a Ph.D. thesis in political science to be written on the question why an issue with sufficient popular support to win referenda has so little backing from legislators. (My personal theory has to do with the power of local law enforcement, especially police and prosecutors; it’s dangerous for any legislator to be called “soft on crime” by the local DA or the head of the local police union.)