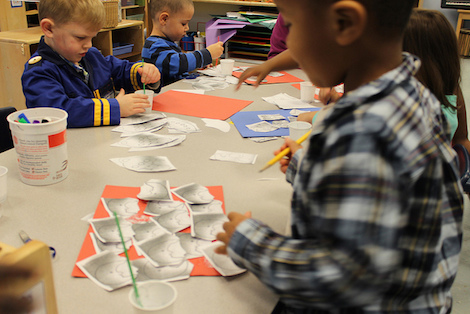 Does preschool education help youngsters do better in school as they get older, or not? Â Two new studies, both released in the final days of September 2015, make the answer seem as elusive as ever.

First came a state-of-the-art study from Tennessee. It showed that all the benefits of its statewide pre-kindergarten program not only disappeared by third grade, but that students who hadn’tÂ gone to preschool were actually doing better in third grade than those who had. Can preschool actually be harmful? It defies logic. (Tennessee study here.)

The following day, a large study from Miami came to the opposite conclusion: nearly 90 percent of the low-income Latino students who had attended the city’s publicly-funded pre-kindergarten programs were passing Florida’s third grade tests. Â This was a huge success, becauseÂ needy Latino children who don’t speak English at home tend to lag far behind their classmates in achievement. (Miami study here.)

Some have argued that the Tennessee study is an anomaly. They make the point that the majority of the research, nationwide, does in fact show that children who attended pre-school tend to outperform those who didn’t, on a number of measures, even years later.

The problem is that most preschool research has examined small, expensive, very high-quality modelÂ programs, such as the classic Perry Preschool Study or theÂ AbecedarianÂ programÂ in North Carolina. Researchers studied kids in theÂ 1960s and 1970s and found lasting benefits in terms of high school graduation, employment and marriage stability. But no one has been able to replicate those top-of-the-line programs on a large scale. One estimate calculated that similar preschool programs would cost between $16,000 and $40,000 per student today.

And even in those high-quality, small programs, researchers always find some degree of “fadeout” — that is, the long-term benefits of preschool are much smaller than the initial boost at the start of kindergarten. That’s to be expected. A child who has been to preschool may arrive at kindergarten knowing his letters and score much higher on a kindergarten-entry literacy test. But the non-preschooled child will quickly learn his letters and catch up some. A year later, the gap between those two students won’t be as large.

It’s not that the low-income children who went to preschool are regressing, but that the children who didn’t go to preschool are catching up. Consider this analogy: Â In New York City, where I live, some families start teaching their babies to swim at age two. My daughter didn’t begin swim lessons until age six. But by age eight, perhaps my daughter will be swimming as well as the other kids. That would be calculated as complete “fadeout” in the data if the early swimmers cannot maintain their achievement lead over my daughter.

Among giantÂ statewide or urbanÂ preschool programs, as they actually exist in the real world, rigorous research is scarce. Like the small, higher-quality programs, the large-scale programs tend to find an initial benefit from a preschool education at the start of kindergarten, but not a very large one. And this small preschool boost fades and becomes very weak by third grade, or disappears altogether. Even in Tulsa, Oklahoma — which is reputed to have one of the best publicly funded preschool programs in the country — Â researchers found one cohort ofÂ students who had attended preschool scoring the same on a third grade math test as students from similar socioeconomic backgrounds who hadn’t gone to preschool. In a second cohort, researchers found only a small benefit from preschool by third grade.

“If you look at every study on preschool, fadeout is pervasive,” said Steve Barnett, director of theÂ National Institute for Early Education ResearchÂ at Rutgers University. “You have to have a really big immediate effect to get any effects in the long term. And these can be squandered if the school system isn’t good enough.”

In the case of Miami, experts say the school system has an exceptionally high-quality preschool program, supported by non-profit organizations, who are also working with the families of poor children at home and in later years. And this Miami study didn’t compare the city’s preschooled children with children who hadn’t gone to preschool. We don’t know if they’re doing better.

Tennessee, some argue, is a larger geographic area with preschool programs of varying quality and much less well funded, at less than $5,000 per student a year. Tennessee might not be an anomaly at all, but may simply show that a modestly funded preschool program will only show modest gains, which don’t endure. Meanwhile,Â high-quality, lavishly funded programs can produce large gains, some of which do endure.

In the end, the public needs to decide just how much it will hold a preschool accountable for. Is it enough to get a big bang at kindergarten entry? Or will we demand that preschool education be soÂ powerful that it can override the bad elementary schools that kids may move on to later?